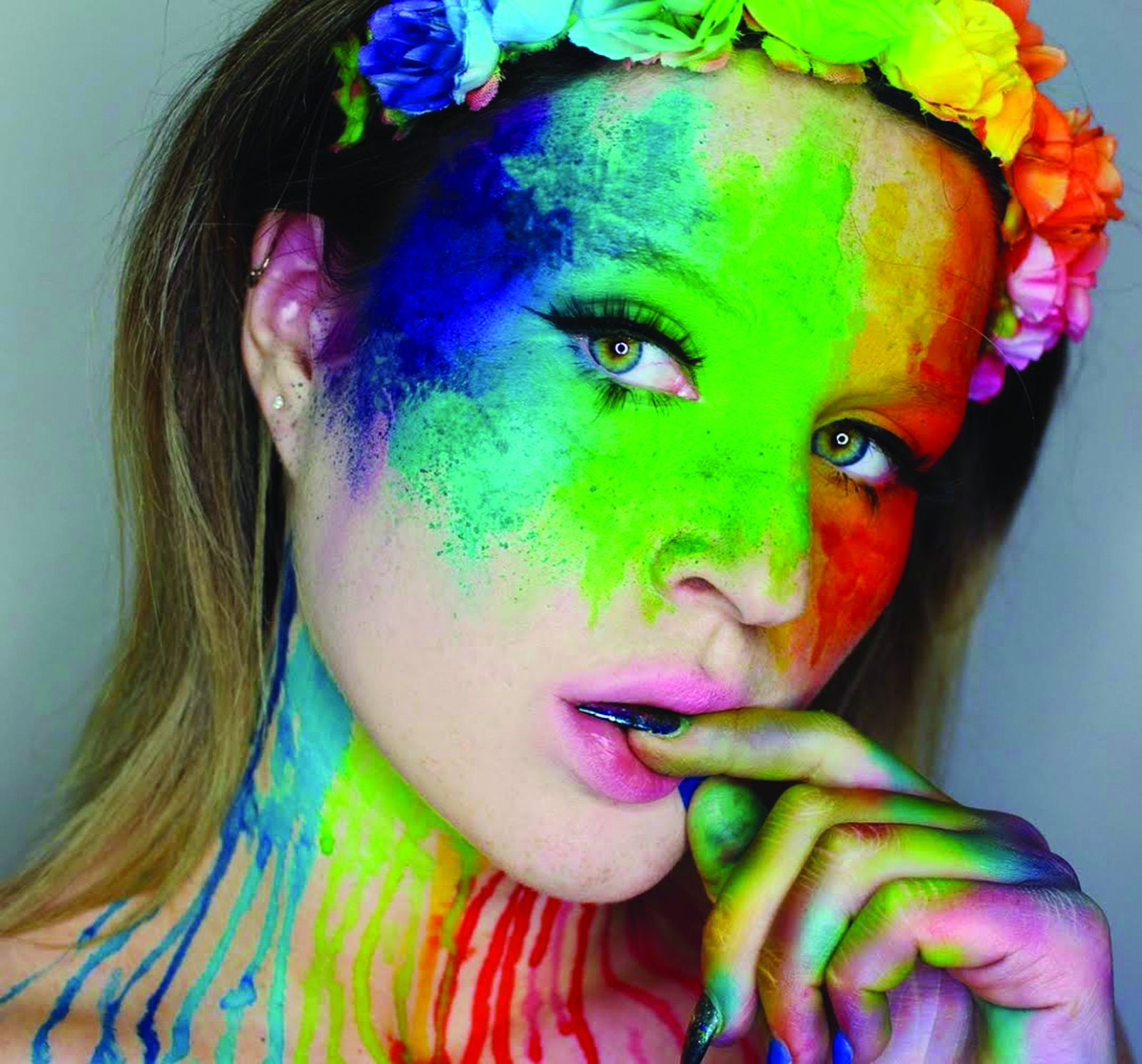 One St. John’s local is making her mark in the TV and film industry through her creative skills in make-up artistry

Behind the scenes of your favourite films are innovative minds who work to create an experience for you. Whether it be turning someone into an unrecognizable being, a monster, an older version of themselves, or just plain making them look good, it’s make-up artistry that brings these characters to life.

One St. John’s native has had a front-row seat in the behind-the-scenes beauty industry. Although it took some time, Krista Hann carved her path and has been running down the dream since. 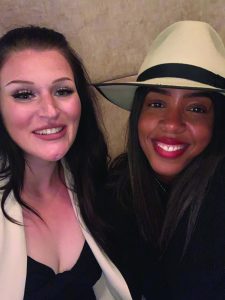 “I always wanted to become a part of the entertainment industry,” said Hann. “I never thought it would be for make-up, but I had been doing make-up on people my whole life.”

From a young age, Hann loved doing people’s make-up. She started on her father Shawn and eventually moved to do  make-up for friend’s graduations and dance recitals.

“Being 11 or 12 you don’t think ‘oh this is what I am going to do’,” says Hann. “There was something about having that full face of glam on. As a girl it was just my way of expressing myself.”

Her journey into adulthood began like any other dreamer – in university. Hann attended Marine Institute after graduating high school and studied three years of Naval Architecture.

During school Hann decided to get a part-time job to help make ends meet, applying at Sephora in the Avalon Mall. From her first shift she knew make-up is where her heart lies.

“It was always a passion, I gravitated to the lifestyle behind make-up and not just the products. Doing make-up was truly what I wanted,” said Hann, adding that her time working at Sephora gave her that extra push to chase her dream.

After some time with the company, they sent Hann to Halifax to become a certified make-up artist for their store.

“After I became certified and went back to Sephora, I got to do my first full-face makeover on a customer,” said Hann. “Seeing how good that person felt after the transformation, seeing that I could bring someone that kind of comfort with themselves, it was that moment that changed everything for me.” 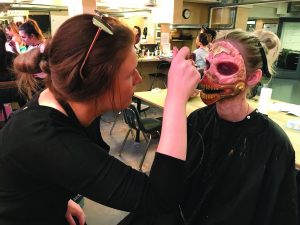 Hann had finally realized her potential and took full advantage of her opportunities. She continued her work at Sephora, working with the Beauty Bar and also working under the wing of NTV’s Big Brother star Sam Picco, who helped her get involved in weddings. It was a starting point. Her heart desired bigger.

“I knew I wanted to do films,” said Hann. “At the time the industry here wasn’t what it was. There wasn’t much of an industry. There weren’t any major productions happening.”

Packing Up a Life

Going over her options, Hann’s co-worker shared that if film was what she desired then Vancouver was where she needed to be. “I left Marine Institute at the beginning of the 2018 winter semester in January and that September I was on the first plane to Vancouver,” said Hann. “I packed up my whole life.”

Upon arriving in Vancouver at age 21, Hann was accepted into John Casablancas Institute to study make-up artistry. She graduated at the top of her class with honours. “I formed really strong connections with my mentors and teachers. They looked out for me. They helped me pave my way,” said Hann. “I was building my portfolio and resume before I even graduated and that helped me get my foot in certain doors.”

After graduating Hann was fortunate enough to get herself a job as a make-up artist for indie feature film Ishq My Religion. The film was shot for 16 days in Canada, with the rest filmed in New Delhi, India. Hann’s time in India only helped her perfect her craft. “I didn’t have any family or anyone close around me,” said Hann. “So, I told myself I have to succeed in this, I have to go for the stars on this. I decided that I was going to make this moment count.”

Hann shared that, because of her positive attitude on set, that word got around about her. “Once I left India, I started doing work for all kinds of Hallmark films,” said Hann. “I shined in India. People liked my work. They encouraged it and when I returned to Vancouver I got a phone call.” 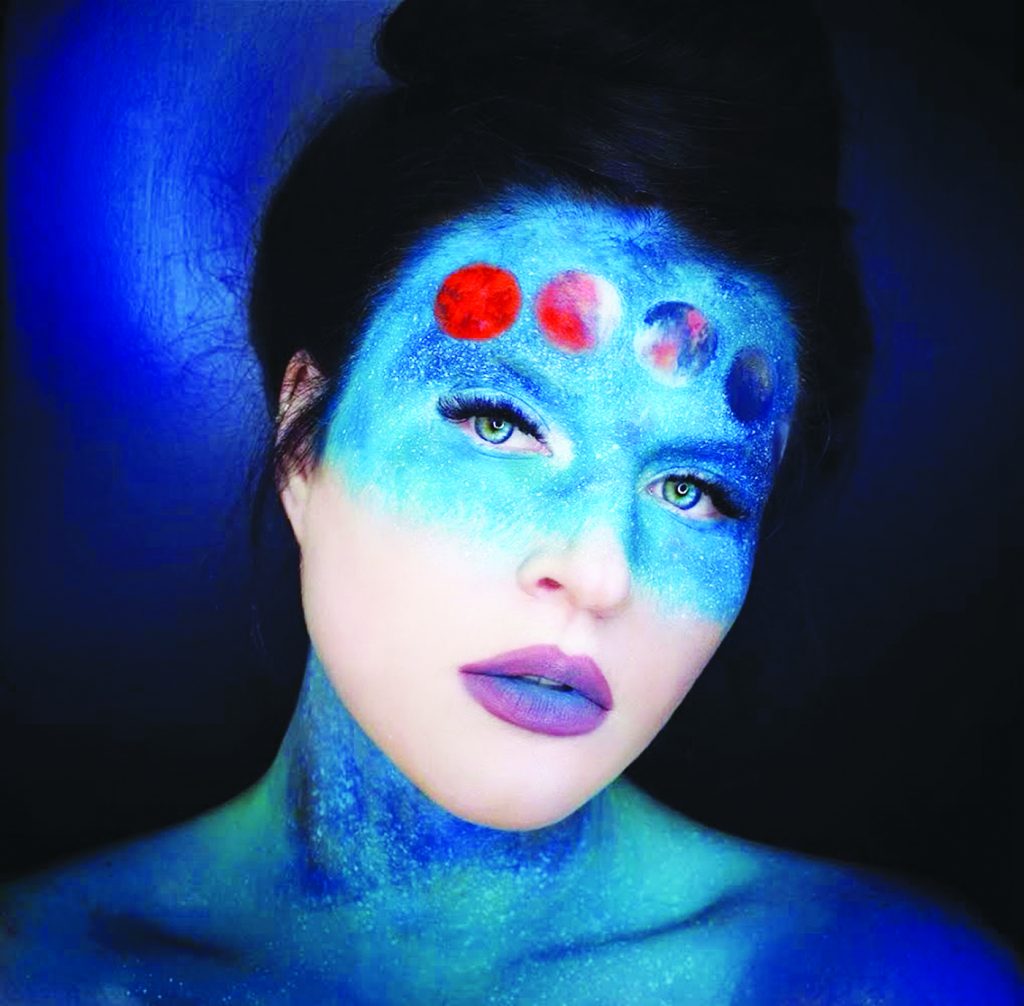 The call Hann received was to be a part of the make-up team for Merry Liddle Christmas with Kelly Rowland.  Not only was she a part of the team, she was assistant to the head make-up artist.  Onset is where she met Kweli Cardon and Chris G, two well-known make-up artists to the stars.

“Kweli was Chris Brown’s assistant for nine years and she worked with the Spice Girls,” said Hann. “Chris G has his hairline. He did Beyonce’s Ivy Park catalogue and her Lemonade album. Two amazing people who got me where I am today.”

‘I Have to Succeed’

Cardon and G they helped Hann land head of the make-up department for the Wendy Williams Movie. From there she went to work on the film Mahalia Jackson starring Olivia Washington. The film received critical acclaim and received an Emmy nomination for Outstanding Television Movie. making Hann an Emmy nominated make-up artist.

“When I found out, it was a proud moment in my career,” said Hann. “Although we didn’t win, coming home with that nomination made me proud.”

Hann continues to work in TV and film but has high hopes to one day be a personal artist for a celebrity.

“Being someone’s personal is a goal of mine,” said Hann. “It would be nice to travel the world and get into a routine of having just one person to look after but right now I am where I need to be.”

Hann knows her heart lies in the TV/Film industry and she doesn’t want to stray too far away. It might have taken some time but Hann has finally found where she belongs in the world. “As many goals as I have, this is my current goal. I am currently living my dream.”