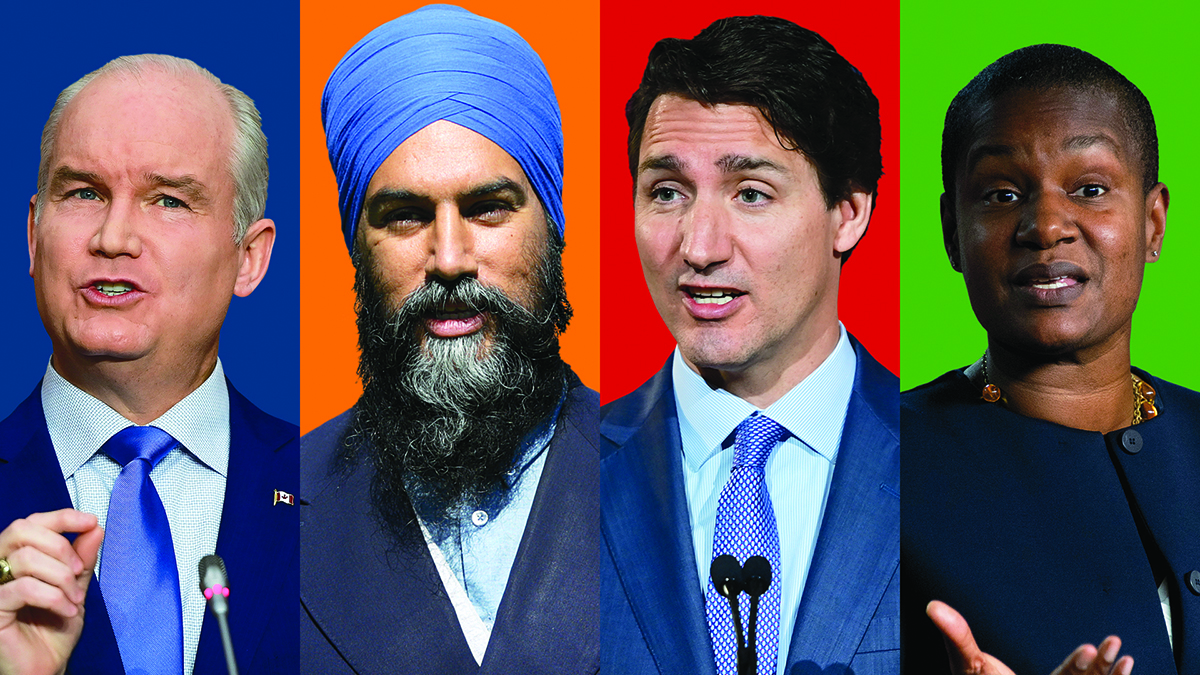 In this instalment of Pam Pardy’s column Wait Till I Tells Ya, Pam goes out in search of the politically engaged to talk shop, but struggles

While out on an evening walk recently, I took the opportunity to feed my starving soul by engaging in some political talk.

On the evening of the first leaders’ debate, I simply hadn’t found anyone interested enough to engage in a back-and-forth over who should get in – or out –  and I was hard up for a bit of political banter.

I kicked it off by stating that, in my opinion, all the hate we were seeing directed at the Prime Minister likely didn’t represent the real feelings of the majority of Canadians. Or did it?

Admittedly, politics is personal, and as a Newfoundlander, I offered that I didn’t yet have the stink of Stephen Harper (you know, all that A.B.C stuff back in 2015) off me enough to even consider that the Conservatives could possibly form government – minority or otherwise – so it was likely that my version of fact was based on feelings more than anything.

My friend reminded me of the recent election in Nova Scotia where the Liberals, in power since 2013, were tossed as the PCs formed a majority government once the votes were counted.

Anyone who follows politics has heard the phrase; governments are voted out, not in. That’s certainly been true in this province and the country. It happened to Harper, and it happened to Paul Davis, though such strategic voting has been going on long before those elections. As I sat to reflect following the first leaders’ debate I thought about what I’d heard. Jabs were exchanged over mandatory vaccinations, for one thing.

While Justin Trudeau said he wasn’t interested in mandating vaccinations, only in restricting privileges for those who don’t, he was also highly critical of Conservative leader Erin O’Toole — who along with his wife had previously contacted COVID-19 —  for not requiring his candidates to get vaccinated. So is it mandatory or not, my son? Climate change was another debated topic.

As Jagmeet Singh hammered the Liberal leader over missing targets for reducing greenhouse gas emissions, reminding the PM that Canada has the worst results on emissions of all the G7 countries, Trudeau countered by saying that O’Toole planned to make things even worse for the country by reverting back to the targets established under Harper. (Cringe. There’s that name again).

As I went about my day — from the gas station to the grocery store to the liquor express — I tried to engage anyone and everyone in a political discussion to gauge for myself where people stand. If there were three Care Bears running to lead the country, the folks I spoke to couldn’t possibly care less.

What do the polls say? Those numbers are also confusing. Even as pollsters predict declining support for the party in power, one I poured over said that 61 per cent believe that Tenderheart will remain in power while 34 per cent believe Grumpy Bear will win. Another poll had the two neck-and-neck. As for Friend Bear? Well, expect some gains, but not enough to count, the experts say.

So, what’s the fact? We’ll know on election eve, I guess. The only thing I know for certain is this: the people who care, care barely and don’t vote this go-round are actually the ones deciding which of their don’t-care-bears win and which ones don’t. And that’s a shame. Don’t just bellyache; vote.

To check out all of our Election 2021 content, click here. To send in letters to the editor, email Pam Pardy, The Herald’s Managing Editor, at pghent@nfldherald.com