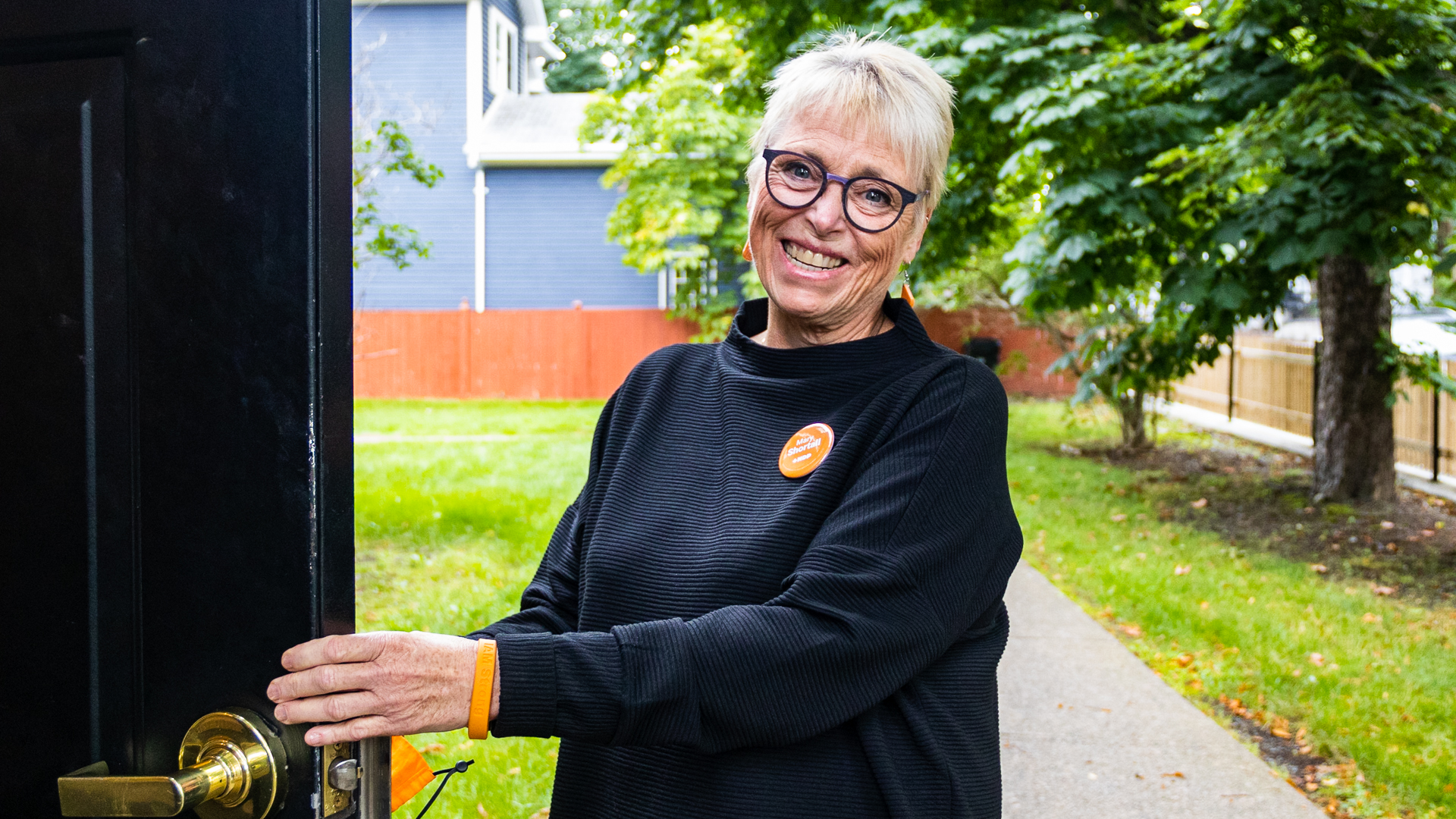 Mary Shortall is positioned to replace Jack Harris as the New Democratic Party candidate for the riding of St. John’s East in the upcoming federal election. While many know Shortall as a fearless labour leader, what is it about the woman seeking the high-profile position? Meet Mary Shortall.

Shortall is no stranger to being in the public eye. The outgoing president of the Newfoundland and Labrador Federation of Labour has been a fixture in the provincial labour movement for many years. Shortall has been involved in the NDP for decades, but never as a candidate and when she heard Jack Harris would be stepping down just as her term as president was ending, she shared she felt the time was right.

Shortall has said publicly that economic recovery, climate change, health care and long-term care are some of the main issues she’s been hearing about so far at the doors, but when we sat down to speak, what she says is having the most impact are the individual stories. From dental concerns to having to choose between food and medications, Shortall shared she’s heard it all, and she knows what needs to happen.

“From my past positions and experiences, I have some familiarity with how federal government leadership is so important to how we make change at the provincial and territorial level as well, and it really hits home when you go door to door and you hear the stories first hand,” she said.

Why is she running? We ask.

“I think Jack (Harris) being the MP that held that St. John’s East seat for a number of years, even though there was a break in between, was critical to how the issues – for not just the people of St. John’s East, but the people of Newfoundland and Labrador – how their voice was heard, and how they were included in the discussions that have to happen at the government level before a change happens,” she said. Having seven seats from the same party sent to Ottawa isn’t the best options, she added.

“It’s been mentioned at the door that we wouldn’t have had the same amount of money available to people in benefits during the pandemic … if not for Jagmeet Singh and the New Democrats. The NDP was able to pressure the government and put things on the radar of the government in power, things like dental care, something that’s not just important here but throughout the country. Those things would never have been on the radar if it wasn’t for that other voice,” she said.

If all the voices are the same, there’s a piece missing, she added.

“The NDP is recognized as a voice for working families, a voice that will bring concerns forward to government. And that’s really important.”

We ask if she’s finding people engaged as she’s going door to door considering there’s also a municipal election happening and we’re not long finished a provincial one. “I was actually surprised because I know people have voter fatigue when we’ve been in election mode forever. It seems nobody really wanted the election to be called except Justin Trudeau so I was anticipating a lot of push back at the door. But people are aware of the issues. I’ve been on the doors every single day, and I have heard maybe one person say, ‘I’m not voting. I just I’m done with it.’ People are asking questions about mail-in ballots. They are asking questions about special ballots. Young people are excited about voting. Seniors don’t want to ever not vote. I’m feeling positive,” she shared.

We ask Shortall, who has been in the public eye now for many years if there’s something about her she’d like to share with readers.

“With me, the personal side is the political side. I wear a little bit of everything on my sleeve. I am who I am.” She’s been asked many times where she gets her energy, she added, and it comes from many places. “I spend a great deal of my day, every day, representing people, either as a union representative or now representing people as a candidate in a federal election. I have always done that. I don’t know another life, really. I’ve always had a very busy, full life. And it has become me. It’s not my job, it’s actually my life and who I am.”

Of course, she does take downtime too. She enjoys exercising and hiking and walking – and riding her orange Harley.

Because of her many varied interests, she says she’s found pockets of support in interesting places. “I was a fitness instructor as a volunteer for many, many years. I was involved in the Women’s Center. I’ve been a community activist. I follow a plant-based vegan diet to stay healthy. I enjoy hiking to relieve stress. I love riding my motorcycle, my orange Harley-Davidson, which I got because they are union-made, and I’m finding that people who’ve met me or who know me from all these different facets of my life are offering support.”

On the personal side, she shared the secret to her inner joy and peace.

“I really enjoy getting out on my bike, because when you ride a motorcycle – and I usually ride with other people, I don’t often ride by myself – but you can’t focus on anything else except riding that bike because it’s just so important for safety. You’re not always visible. Even a bright orange motorcycle sometimes is invisible, so riding gives you a chance to absolutely clear your mind. It’s just you and the road in the wind. You clear your mind and that’s a great stress reliever for me. Plus it’s pretty exciting,” she laughed.

Thinking on the life she’s lived and the support she’s been blessed to receive, she smiled.

As to what she has to offer, it’s helping her fellow Canadians receive “care from their head to their toes when they need it, because that’s what our country has been built upon,” she said.

“I’m very proud to represent issues that have a personal impact. I believed in them before I became a candidate and I believe in them as a candidate. The promise I’ve made to people at my nomination meeting and at the doorstep is that I will listen and I will be that voice. And I promise to put those issues forward and work as hard as I can to make sure that whoever’s in power in government understands the importance of those issues not just to the people of St. John’s East, but also to the people of the province.”

To learn more about Mary Shortall, click here. To browse all of our election 2021 coverage, including extended versions of our magazine features, click here