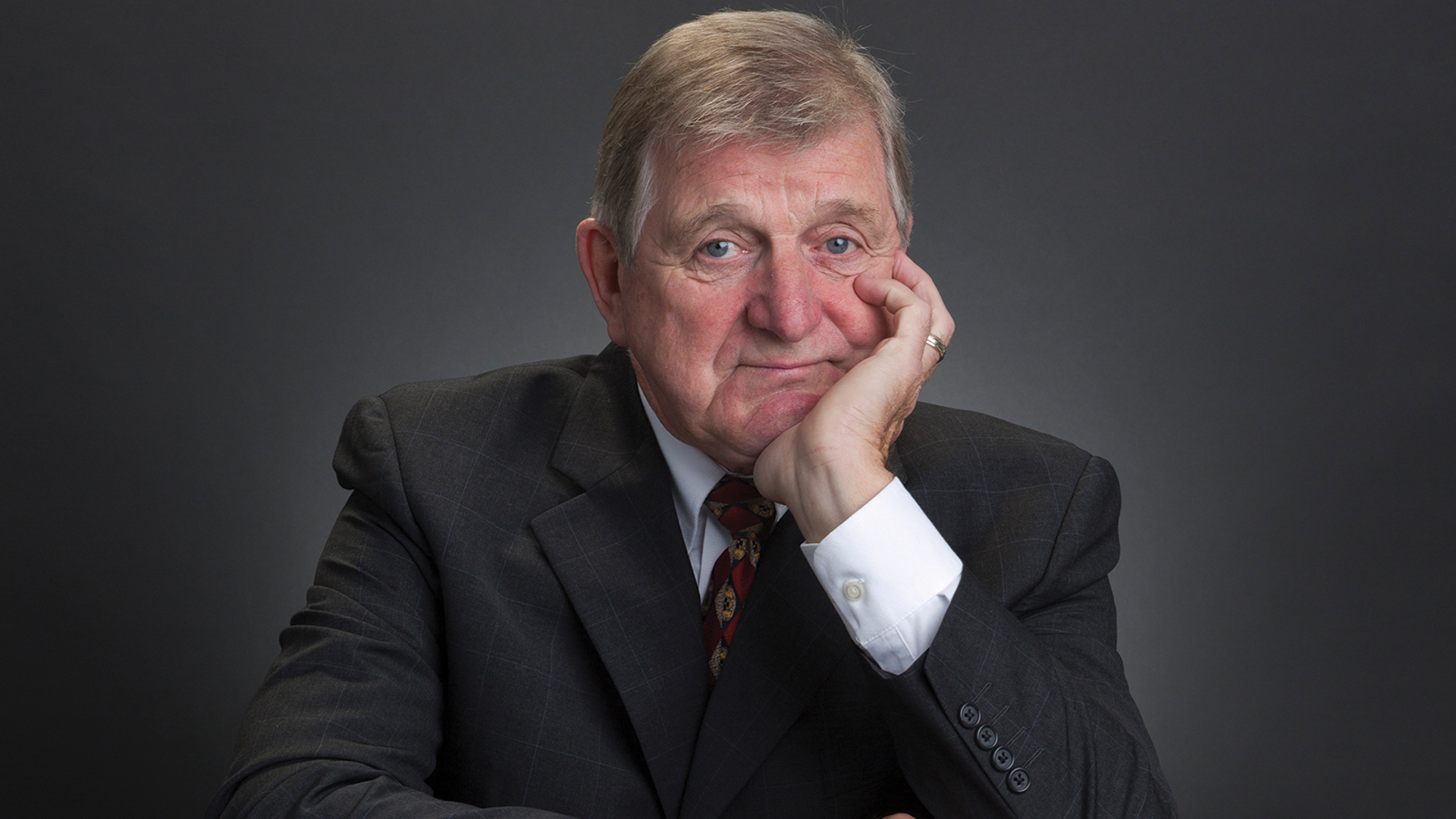 Former Liberal Premier Roger Grimes talks federal politics; from top issues to ABCs, one former head of the province weighs in on what he says matters

Roger Grimes, the former leader of the province’s Liberal Party, was the eighth Premier of Newfoundland Labrador from February 2001 until November 2003. As such, he knew his way around elections – both federal and provincial. We asked the former premier what’s his first thought are any time an election is called.

“Well, it’s always an unbelievably exciting time for those that are involved in the process; candidates, their supporters, their workers, their staff that are out there that really believe in the individuals that are running and they are trying their best to get them elected,” he began. But beyond being an important time for individuals, there’s a much larger piece as well, he added

“It’s a very important time for the country. I’m always a little disappointed with numbers in terms of voter turnout, which are lower than I would like to see them be. I’m one of those people that if I get a chance to vote for the next dogcatcher, I’m going to because I’m given a chance to have my say.”

We ask Grimes what he felt the top issues are as they relate to NL this go-’round.

“There’s the continuing COVID response … with Newfoundlanders and Labradorians very much buying into the public health advice and respecting what Dr. Fitzgerald recommends in a large way, but that’s not the case right across the country where there are still some pockets of resistance to mask-wearing and vaccination, so the COVID response is still a huge thing,” he said.

The second issue is financing, he continued. “There’s the economic recovery coming from (COVID) … you hear issues now about not enough staff in restaurants, clubs and bars because they’re short-staffed, or people are not going out because they got used to not doing that … The whole getting back to the new normal stuff.”

The next issue is one that always comes up, and it relates to health care.

“Always in Canada, health care funding is a huge issue. You’ll never get away from it.”

One thing Grimes stayed clear of was Muskrat Falls. Why?

“I think everyone’s tired of it. The assumption is that whomever wins this federal election will honour the general nature of the commitment that was made on mitigation to keep the rates down … We still have delays, there are still issues. I think it was one of those things, like a scab on your finger. After a while, you just ignore it. So I don’t think people have (Muskrat Falls) as a front of mind issue in terms of what this election is about,” he said.

We reflect back to the Danny Williams days when there wasn’t much love for the feds, especially for then Prime Minister Stephen Harper. Is it healthy for premiers to get involved with federal politics, and are things like the ABC (Anything But Conservative) campaign-wise?  “I didn’t think that the whole notion (of ABC) was healthy, though it was fairly typical of our premier at the time, Danny Williams – whom I consider a good personal friend, but have had huge political differences with. But he felt that the province was sort of poorly done by Stephen Harper at the time, who happened to be a Conservative Prime Minister. So, his way of getting back was to say, ‘OK, people, vote for anybody but those darned Conservatives.’”

Such a heavy hand when it comes to voting simply isn’t wise, in his opinion.

“You should vote for the people that can get the best job done. And there’s always that open question, about whether or not it’s better to be on the government side or not; to be aligned with Ottawa fully and completely like we were a couple of elections ago with every single seat being the same as the federal government.”

Even as a card-carrying Liberal, Grimes added that it’s healthy to mix things us. “At least this last election, we had Jack Harris as a lone outsider who could speak from a different point of view, if it was necessary, and if he thought it was in the best interest of the province. A balance is always good and people make their own judgments.”

We ask Grimes, when it’s time to cast a ballot, if he votes for the person of the party.

“I’ll vote for the party unless I have issues with the person. I’ve been voting since I was 18 years old. I’m in my 70s now. I’ve never missed the chance to vote on anything and everything, and I have voted for all parties in that period of time, but predominantly Liberal, because my view on liberalism is that it’s sort of the middle of the road, a group that tries to find a way to get things done for the betterment of the province or the country and tries to avoid extremes on either side, the far left or the far right. So that’s where my comfort zone is.”

But he supported Brian Peckford back into the 80s, he added.

“Even though I was basically a Liberal, I thought that the Conservative government of the province was doing the right thing at the time and why wouldn’t you vote to support that?”

On who he felt would make a better Prime Minister this go ‘round, Grimes politely takes a pass.

“I’ll leave it there. Everyone has their own opinion. I’m more of an observer and a bystander now and I’m not trying to sway anybody else’s vote or opinion.”

His thoughts on Justin Trudeau?

“I think he’s performed admirably under the circumstances he’s had. He’s gotten himself into some trouble a couple of times over personal issues, but not over big policy issues that define what kind of country Canada is. So, I’m not dissatisfied with Trudeau’s performance at all.”

We ask if, in his lifetime, there’s been a top Prime Minister.

“Jean Chrétien comes to mind for one because of the fact that he was so down to earth. He was a real person in a very important job and I think that he did some remarkable things over a 10 year career. And back earlier than that,   when I was a young fellow finishing high school and starting university, I was impressed with Lester Pearson as a great statesman and an internationally acclaimed leader. I think he gave the country credibility on the global stage and I was impressed with that as a young fellow back in the day.”

Grimes reflects on some of the past individuals we’ve sent to Ottawa.

“Someone like a Jack Pickersgill. It was obvious that he took his role as the provincial minister in a federal cabinet very seriously, and engaged in all of the discussions about every topic that might have some impact on Newfoundland and Labrador. Don Jamieson too. John Crosbie, I think, would be the cream of the crop in terms of having so much influence in a cabinet with Brian Mulroney. Newfoundland and Labrador is a changed place because of the offshore oil and the kinds of things that John Crosbie was in a position and had enough wits about him and had a lot of support built up that he could deliver for Newfoundland and Labrador at the federal level. He punched way above his weight.”

Most importantly this election, vote!

“Most people didn’t even bother to get excited enough or weren’t concerned enough or didn’t have the opportunity, to vote for whom they wanted to lead the province for the next four years. And I hope that doesn’t happen federally, because it can make a difference.”

To learn more about Seamus O’Regan, click here. To browse all of our election 2021 coverage, including extended versions of our magazine features, click here