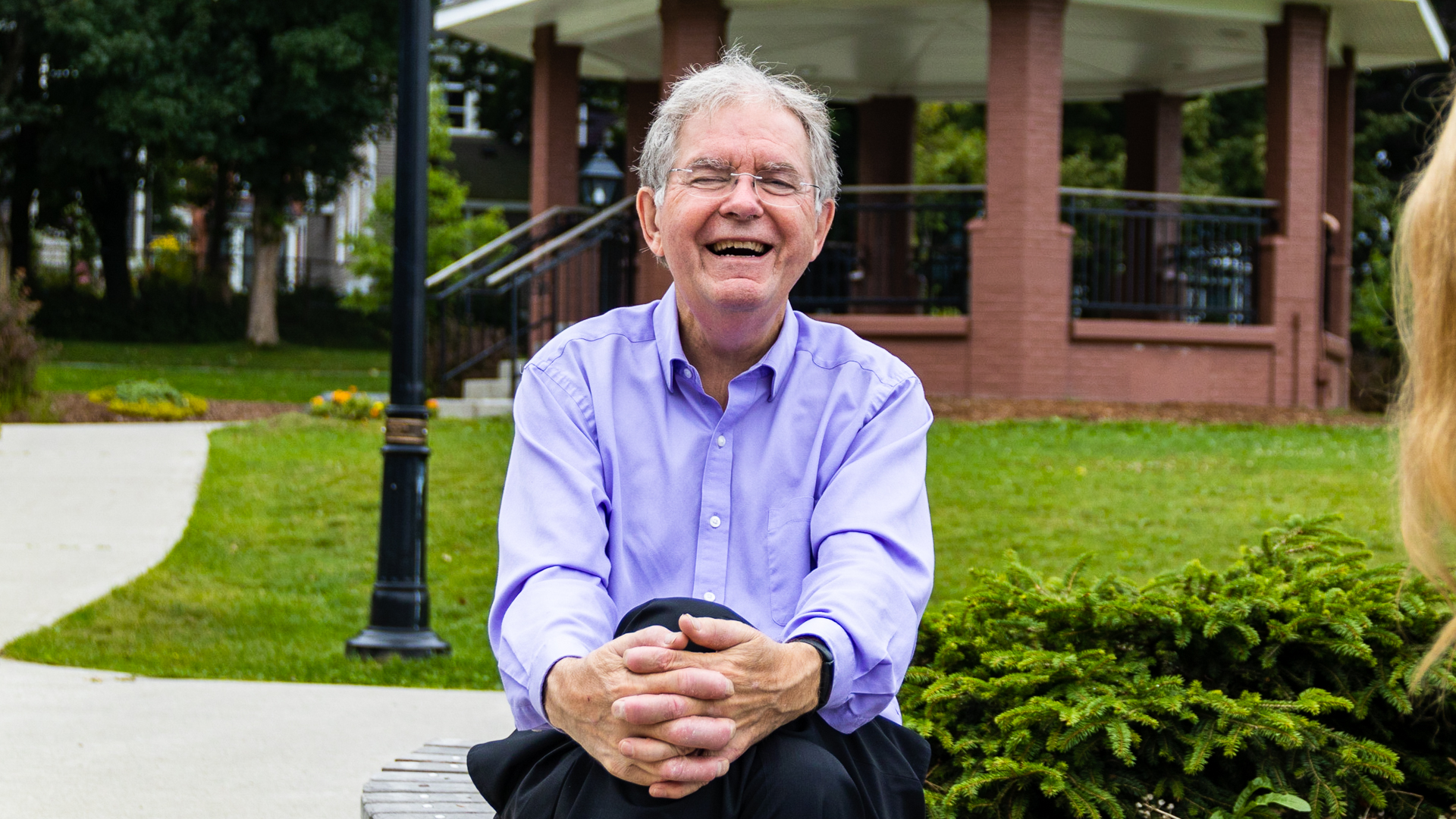 After a life dedicated to both provincial and federal politics, Jack Harris sits this one out, sharing that it’s time to smell the roses

Jack Harris, the current New Democratic Party Member of Parliament for St. John’s East, admits he still harbours some shock at his loss in the 2015 election in an upset to Liberal candidate Nick Whalen. That unplanned four-year sit-out was tough, he shared honestly.

“I wasn’t prepared. I wasn’t done,” he said as we chatted on a bench in Bannerman Park.

In May 2019, Harris successfully sought the NDP nomination for St. John’s East for that year’s federal election and defeated Whalen, regaining his old seat. He was, he shared, back in his comfort zone once again.

Now, as Mary Shortall prepares to take over the reins, Harris shared it’s the right time. “I’ve decided that I’ve had an active political life. I’ve done 26 years if you total up the cumulative federal and provincial time. I think that’s a good run and I’ve made my contribution,” he said with a grin.

As for what he’s planning? Maybe a book if he feels up to it when the time comes to reflect, or maybe he’ll just take some time to smell the roses, he said.

“I’m at a time in life that it’s time to let me look at other things that I would be interested in doing or things that I had put off. Or maybe I’ll just enjoy what people called retirement. I suppose not having the obligations that come with an active, fully engaged political life might be different for me, but it also might be a nice change.”It has to be asked. Does he feel like he’s accomplished what he set out to do back in the early days? Any thoughts as he reflects on how the NDP never made stronger gains in the province?

“It’s all very interesting. When you look back to when I was first considering running in 1987, when I ran for the first time, the New Democratic Party had only ever won one federal seat before and that was in the West Coast. So the prospect of that kind of success (being the first NDP premier) or even the prospect of having a long term political career as a New Democrat in Newfoundland and Labrador wasn’t an obvious solution to long-term employment,” he offered, again with a grin.

Considering the full political career he has had, it’s quite telling. There obviously was a place for Harris – and the NDP – in NL politics.

“When you think about it and I think anyone who knows and understands politics and political thinking, most New Democrats actually think like the most Newfoundlanders and Labradorians. What they see government being, what they feel the role of government and the importance of government is and the kind of things they want government to provide.” But, he continued, NL’s political history with Confederation and the things that came with it via the ruling Liberal Party; the social programs, for instance, led to the landscape we have.

We ask who he felt the best NDP leader was that he’s worked?

“I worked with great leaders. When I was first elected in 1987, Ed Broadbent was the leader. Then when I was elected again in 2008 federally, I was with Jack Layton. Jack was a great friend of mine and he was a great leader of the party, and we just had the tenth anniversary of his of his death on the 22nd of August. I think many would say and others would agree that if Jack Layton had lived, he very possibly could have become Prime Minister.”

PARTY OR THE PERSON?

But there’s been many strong leaders, he continued.

“Under Thomas Mulcair, we were … the official opposition. He was a great opposition leader. But we heard the true goal in 2013 while on the campaign was for voters to get rid of Harper, essentially. So that’s what got Trudeau in.”

And now? Jagmeet Singh is “coming into his own,” Harris says.

“He’s reaching people. People understand the great authentic empathy that he has. I think that’s a very big asset and he’s very focused. I think he’s got a lot of great qualities and he would make a great Prime Minister.”

We ask, traditionally, if Newfoundland & Labradorians vote for the person or the party. Both, he answered. “Speaking for St. John’s East, they want to see somebody who’s engaged at the national level, who speaks out for the province. Someone who has something to say. And I think that’s important. But the party is important, too in terms of the values.”

How important is it to have different voices at the federal table, a mix of all parties?

“We now have six Liberals representing Newfoundland and Labrador and one New Democrat. If we were to have seven of any one party, even seven New Democrats this time out, it would not be a good thing. When you have people on the government side, who can speak out?” The “good thing” about those elected from this province, he added, is that they make their voices heard.

Harris mentions the vote in The House surrounding his private members’ motion on a federal dental care plan. Some of our provincial Liberal MPs voted to support the plan, essentially voting against their own party’s stance.

Harris reflects on “some of the greats” in federal politics. “John Crosbie’s ability to work within the federal system to get things going – he was a great politician. When we dealt with the disaster in 1992 of the cod moratorium and the need for a TAGs program, John Crosbie was able to be there and that wasn’t a favour from the government of Canada. We needed someone strong in Ottawa to help deliver that. Jack Pickersgill, of course. Joey (Smallwood) was smart to get Jack because he knew how the system worked. But no government of Canada has treated Newfoundland fairly, in my view.”

As we prepare to leave the park, one last question. Now what? “I’ll be unwinding a little bit. When you’re involved in politics at any level, really, you’re on call. You respond to people’s needs and respond to requests for comments. I was on Bell Island yesterday helping out our candidate, Mary Shortall, and I had to pause at the end of a busy day and sit on a park bench in front of the ferry to do an interview with someone in Vancouver for a national news report.”

So, once the election is over, he’s ready to rest, he added. “I’m of an age where most people do other things instead of being … on your game all the time. I see other things that I can do more of in terms of hobbies or pastimes or maybe I’ll sit down and trying to figure out whether I should write something about this life I’ve lived. But I don’t know.”

But he’s not really ever going to be done with politics on some level, he admitted with a somewhat sheepish grin.

“I see myself still being very interested in all things political, even if at a distance. Like, say from this park bench.”

To browse all of our election 2021 coverage, including extended versions of our magazine features, click here