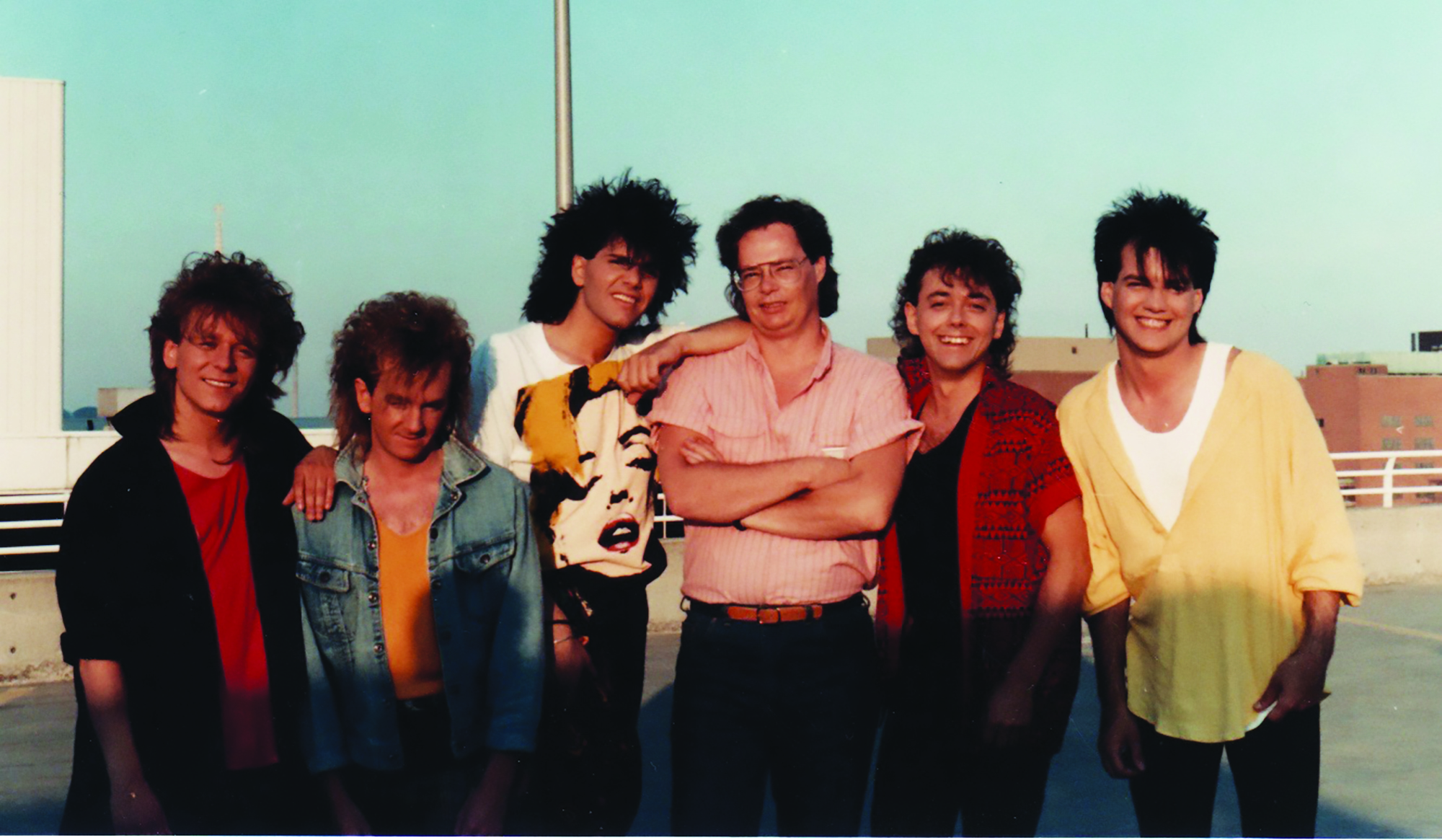 In part two, Haywire’s frontman Paul MacAusland gets introduced to the daughter he never knew he had as he settled into his new – and improved – rockstar life on ‘the rock’

Paul MacAusland had just been told by his former Newfoundland sweetheart that he was the father of her now teen-aged daughter.
His reaction? He had never been happier, he shared.

“I was elated and I had to meet her. I started to fly back and forth to spend some time with her. I had no children and I hadn’t planned on it, but here she was.”

Still busy with Haywire, MacAusland had to work hard to make time to come to this province for visits. “In order to get over from Halifax, I started doing these milk runs with a company that used to fly over same day packages. I’d get in the jump-seat up in this twin prop plane and we’d fly from Halifax to Deer Lake and then puddle jump from Deer Lake to Gander and then to St. John’s. I did that for two or three months straight.”

WELL WORTH IT TRAVEL

There were some harrowing times he admitted. “Some of those flights were quite hairy. Coming in on the landing strip sideways in the plane and then at the last minute we’d straighten out and boom! On the ground. The winds were just crazy. But I needed to get here.”

The travel was worth it. Jeanie and MacAusland reunited as a couple and together with daughter Leah, they became a family.

MacAusland now lives in this province and owns a franchised business, HydroKleen St. John’s. He still plays music and can be found onstage at Rob Roy downtown, an establishment he has high regard for. He’s also still recording music with Haywire, though COVID has changed things, like it has for many.

We ask what’s been the biggest blessing in his life. “I guess it would be finding out I had a daughter and moving here. I didn’t know what was going to happen, but it’s probably the best thing that could have happened to me. I settled, really settled down, and I get to still enjoy my music.”

What can Rob Roy customers expect when MacAusland takes the stage? Haywire tunes? “Oh yeah. People will ask for that, but I like to play country and some traditional Newfoundland stuff too,” he shared. It doesn’t matter if he’s doing country cover tunes, belting our his version of Celtic Connection’s Sixteen for a While, or one of Haywire’s many hits like his top picks to perform, Buzz or Black and Blue – it’s a good life, he shared. “It almost brings it back to the heyday of Haywire, anytime you get on stage. I can still play because of the recognition of the work and that means a lot to me. That Haywire had such a huge impact that I can actually still do what I love because the name still carries is incredible.”

Has he lived his musical dreams? “I’m still living them. Every day when you’re playing downtown it’s so satisfying. Or if I’m out doing a job (his own business, HydroKleen) someone might recognize who I am and they are so nice. Every day is great here, even though the weather’s crap sometimes,” he laughed. Any words of wisdom for anyone starting out?

“Be gracious and work hard,” are two suggestions, he shared. Another tip? Keep looking at the bright side, even when things look dark or are challenging. “You’ve got to look at the positive instead of the negative of every job and getting a record deal is no different. Talk to April Wine or Trooper or Honeymoon Suite and they will tell you the same thing.”
Getting a record deal, and making videos and “trying to make it” are costly adventures, he added. “These record companies, they’re the bank … So be gracious.”

But be something else too, he cautions. “You also have to be ballsy enough to actually stand up and go after what you want. It’s the same as having any job … But you have to ask (for what you want). You have to be ballsy. Yes, you sometimes get to where it’s good because you worked hard, but you can also get there by just having to courage to ask for it.”

What’s next for Haywire? The legendary band is still technically together after all. Any plans to get back in the recording studio?
“We do have an album that’s already recorded and we’re just wondering about mastering and finishing it up,” he shared, also offering that “everybody’s a bit of a stickler” when it comes to the music. “If you listen – if you keep listening to the songs that you’ve already done, you’re always going to pick it apart. It’s never going to be perfection. That’s just how it goes. So we’re noodling around with that. I believe it’s been done at least two and a half years ago, but we’ve added some songs since.”

MacAusland has a home music studio and they are working on releasing the album and planning some tour dates.
“You don’t have to be in the same room together anymore to play music or record, but touring would be fun,” he said.

All told, it’s been a good life, he added, one lived with few regrets.

Besides his beautiful family, owning his own business, and a life well-lived on ‘the rock,’ there’s also the music and the sweet – though sometimes cringe-worthy but always fun – memories being part of Haywire provided.

“We found a way and we struggled and had some good times and some bad times and all that stuff. But I wouldn’t trade it for anything. And we were lucky to get to do what we got to did at that particular time in the 80s and 90s and that we still can.”