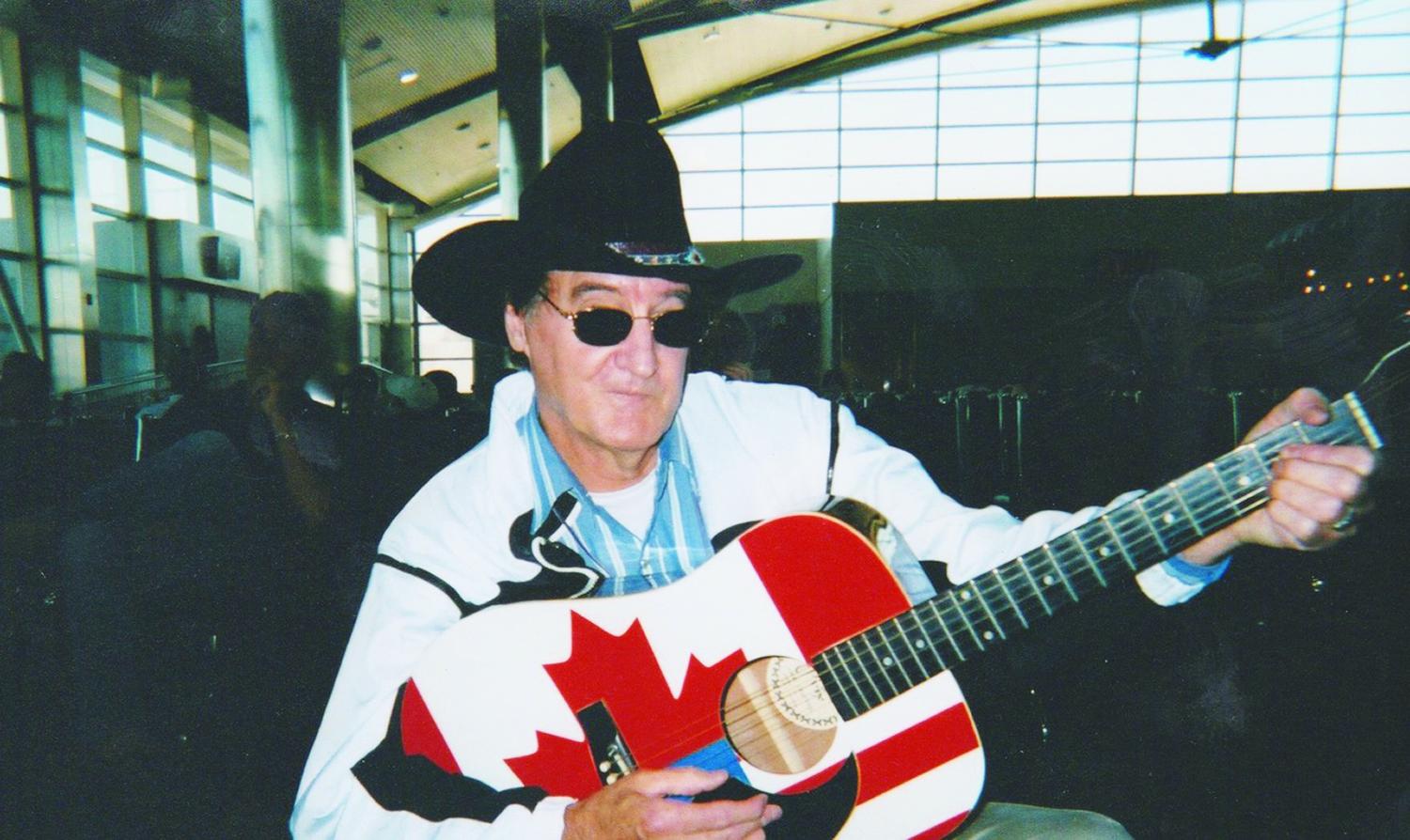 Musical magnetism has earned Michael T. Wall fans far beyond what some might think 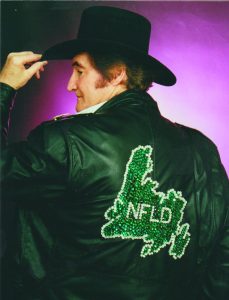 Michael Thomas Travis Wall has spent his entire adult life promoting his home of Newfoundland to the world.

From songs like Big Old Newfie Dog to The Newfie Polka, Wall’s entire ethos is centred around his Newfoundlander identity.

His leather jacket featuring a rhinestone map of the island along with his Newfoundland ring, cufflinks, earring, belt buckle and guitar will tell you at first glance where this world-wandering prolific country singer is from, and he’s proud of it.

Born, coincidentally enough, on Country Road in Corner Brook, Wall was performing from a young age. Throughout his childhood on Ernest Harmon Airforce Base and at the Little Shamrock School in Lakeview-Harbour Main, he took every opportunity to get on stage and sing.

“My first concerts really began at the Little Shamrock School,” reminisced Wall. “I started performing at Christmas concerts and everyone always told me I should be on the radio.”

As a young man, Wall heard his hero country star Johnny Cash on the radio and from that moment on knew he wanted to begin a career in music.

“When I heard Johnny Cash it just hit me. I said, ‘That’s what I want to do,’” said Wall from his home in Ontario.

At the time, he was working nights at a fish plant in Holyrood and decided to save up his wages to buy himself his first guitar and try to make it big. Not long after he made this decision,

Wall was on his way to St. John’s to purchase an Air Canada ticket bound for Toronto to chase his dream.

Upon landing in Toronto, Wall heard news that his biggest inspiration, Johnny Cash, was playing at Massey Hall.

With his can-do Michael T. Wall attitude in tow, he set out to meet his hero. Wall waited outside until the end of the concert, as it had already started. After the show he was able to catch up with Cash’s longtime guitarist Luther Perkins.

“(Perkins) was just closing his guitar case when I said to him, ‘Would you be kind enough to introduce me to Johnny Cash?’’ recalled Wall. “He put his hand on my shoulder and brought me into the dressing room and said, ‘Here’s mister Cash.’ I said, ‘Hi Johnny! I’m one of your biggest fans, and I’m from Corner Brook, Newfoundland.’”

Cash, having spent time hunting on the island said, “What?! Come on in son!”

From then on Wall was a regular at Cash’s concerts in Toronto. According to him, Cash remembered him well and he was often escorted into the venues by the Toronto Police. Some people recommend not meeting our heroes, as they might not be who we idealized them to be.

Wall had no such fears with Cash and relished the opportunity to spend time with his musical idol. One thing Wall remembers about the man in black was his powerful handshake.

Besides meeting Cash, Wall has been lucky enough to know many household names throughout his life. From Stompin’ Tom Connors to Shannon Tweed, Roy Rogers and Jerry Lee Lewis to local figures like NL premier Joey Smallwood (who named Wall as a musical ambassador of Newfoundland), Wall rubbed shoulders with many of the greats of his time.

Wall got right to work establishing a name for himself in Toronto. One of the first places he became a regular performer at was the Molly n’ Me Nightclub.

Wall convinced the owners of the club to allow him to host a venue of his own on the second floor – The Michael T. Wall NFLD Friendship Club – where he was booked for eight and a half years of his burgeoning career.

The club was filled with tourists from Newfoundland, the Maritimes and locals who were interested in his brand of Newfoundland country music. His shows even attracted the attention of country stars from across the U.S. border.

“The Nashville stars from the Horseshoe Tavern would come in to see me,” recalled Wall. “It’s amazing. I just had the drawing power, because I believed in Newfoundland. Charlie Pride and all these guys would come in to the Molly n’ Me Nightclub and stand on the stairs and watch my Newfoundland show.”

This drawing power has held true for The Singing Newfoundlander the world over, attracting all sorts of crowds to experience his regional flavours of music.

Wall even boasts of getting a local Toronto punk rock band into Johnny Cash. They first came to his shows to see his custom guitar, crafted in Japan and covered in LED lights. They stayed, however, to experience his music. Before long the band had done punk rock covers of classic Johnny Cash tunes due to his influence.

There’s more about the unique worldwide adventures of The Singing Newfoundlander. Stay tuned for part two of our interview!