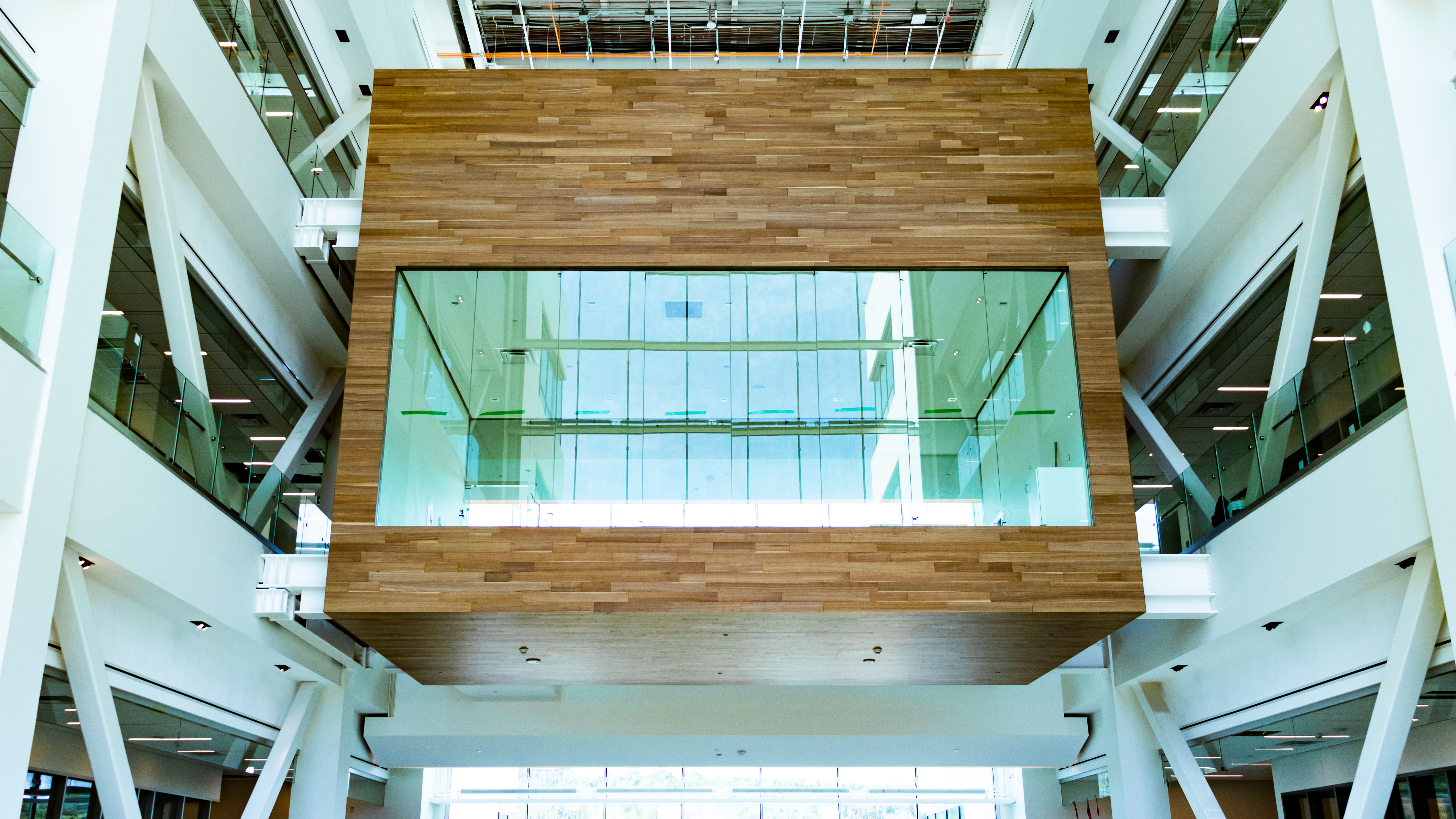 Officials at Memorial University offered a sneak peek of the new facility at a media availability on Tuesday.

Reporters got a look at one of The Facility’s chemistry labs, a senior design studio, and one of the building’s atrium spaces.

The five-storey building has a footprint of 480,000 square feet and houses research and teaching labs, largely for the Faculties of Science and Engineering & Applied Science.

Years in the making, the building was designed by HOK and Hearn/Fougere Architecture and inspired by NL’s natural characteristics, ‘particularly icebergs’.

Over 900 concrete panels cover the building’s iceberg-like exterior, weighing a total of over 10 million pounds

The building is composed of three pavilions, joined by two open atrium spaces.

The main entrance leads to the Blue Whale Atrium. Currently capped by a wood-panelled space that appears to suspend from the ceiling.

Later this year, this 30-meter space will hold the skeleton of a 25-meter blue whale recovered from Trout River, NL.

One of two blue whales that washed ashore in Western Newfoundland in 2014, the skeleton was restored with funding from the Dobbin family in honour of Elanor (Penney) Dobbin.

The Facility features two first-year chemistry labs, with rows of modern stations meant to afford students the opportunity to do things that were not possible in the existing building because of health and safety limitations.

Memorial’s existing science building opened in 1963, “a time when we didn’t really have an understanding of the nature of science…” explained Mark Abrahams, provost and vice-president (academic) pro tempore of Memorial University.

“Our challenge in designing this building was to make it as flexible and future-proof as we possibly could.”

The new facility includes a number of engineering labs like a computer security lab, the Institute of Electrical and Electronics Engineers’ McNaughton Centre and the Senior Design Studio.

The Senior Design Studio (pictured above) will be used by the department of electrical and computer engineering and sits in a well-lit room featuring rows of stations, while the cybersecurity lab will allow students to practice in ways not typically allowed on the university’s network.

The University’s Core Science Building will be open to students this Fall, and a more comprehensive tour is expected before the Fall semester starts.