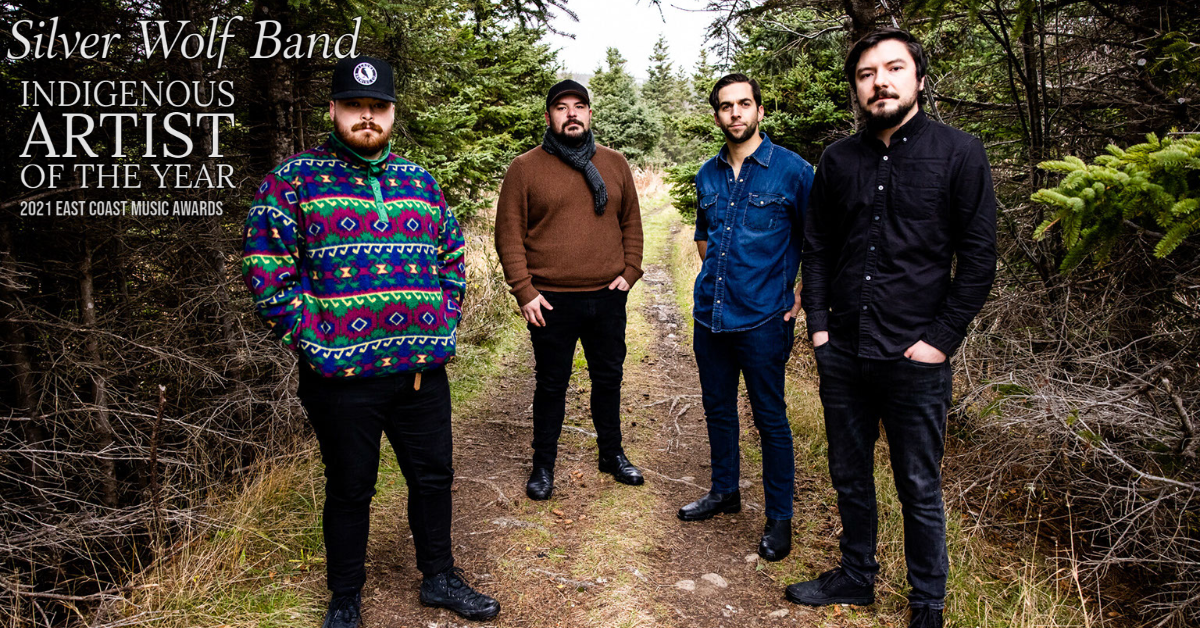 Talented NL musicians took home Children’s Entertainer of the Year, Country Recording of the Year, Indigenous Artist of the Year and more from the 2021 ECMAs

After a final round of awards, the 2021 East Coast Music Awards (ECMAs) concluded on Sunday, June 13th, and six talented Newfoundland and Labradorians left the virtual festival with awards in tow.

Children’s Entertainer of the Year:

“We are so delighted to receive this award, especially after the last year and a half, which has been so difficult for the performing arts,” Duane Andrews told The Herald in an email, “We are grateful to the ECMA for their perseverance in making it all happen, despite the challenges of the Covid year. We’d like to thank everyone for their support and well-wishes.”

“It means the world to us and we cannot wait to perform for you all again soon!”

Country Recording of the Year:

The Heavy Horses – With Darkness In My Eyes

The Country Recording of the Year award went to The Heavy Horses for the EP With Darkness In My Eyes. “Thanks to the (East Coast Music Association) for the award and support,” Justin Mahoney wrote in an announcement online. “A huge thanks to Laurence Currie and everyone who lent their time and talents to this album. Congratulations to all the winners, nominees, non-nominees, and anyone who is making the effort to create or support music!”

Indigenous Artist of the Year:

“We are so stoked and proud to have won this award. It is extremely humbling and motivating for us moving forward.”

Live or Virtual Sound Engineer of the Year:

The award for Virtual Sound Engineer of the Year went to Peter Green, who told The Herald that it’s “a sound engineer’s job to bridge the gap between the artist and the audience — to provide the audience the exact experience that the artist intended. To be recognized by your peers as somebody who’s succeeded at that goal is a great honour.”

“I can’t thank the ECMAs and everybody who has helped me along the way enough.”

Fans’ Choice Video of the Year:

The Fans’ Choice Award for video of the year went to Kellie Loder for Molded Like a Monster directed by Ashlea Wessell. “It’s not really something I expected to win based on the fact that it was a fan’s choice award,” Loder told The Herald in an email. “I knew the video was more than deserving, but there were multiple artists in the category with amazing videos who also have followings much larger than mine.”

“I already knew my fans were the best, but winning this award made it more apparent than ever.”

Buddy Wasisname and the Other Fellers

This year’s Stompin’ Top Award (NL) was taken home by Buddy Wasisname and the Other Fellers. In an interview with The Herald, group member Wayne Chaulk explained they had been performers at the very same ECMAs in the early nineties.

” I think it was 1992 — when Stopin’ Tom got the Lifetime Achievement Award — and he gave a very eloquent speech,” Chaulk began. “He gracefully declined…and he wanted to dedicate it to all of the artists, singers, writers, performers, and the people who were out there in the trenches, who were doing this and not getting a lot of recognition for it.”

“It was a wonderful speech that he gave, and it was nice to be a part of it…and he did it so tastefully, too,” We feel that when somebody enjoys our concerts, CDs, video and television appearances it feels like an award. It’s nice to be appreciated, right?”

“We never ever aimed to receive awards of any kind, but we’ve gotten quite a few, and it’s just another way for somebody to say thank you to us, and whenever someone says ‘thank you for what you do’, it’s a good thing.”

For more information on Buddy Wasisname and the Other Fellers, check them out on Facebook, or their official website.