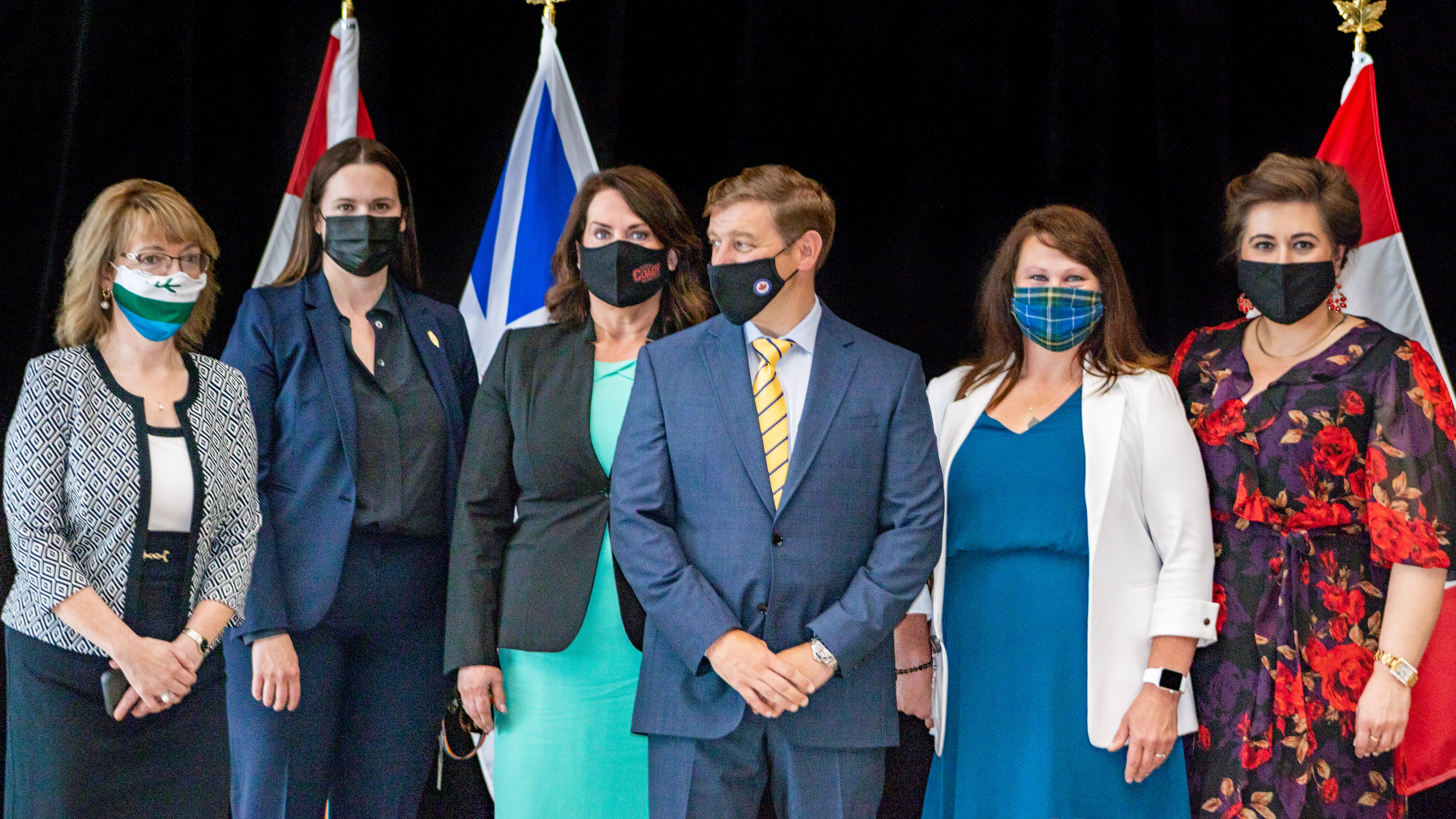 Enough of boondoggles, bottom lines and the fact the arse might be out – or back in – ‘er. Use a different lens and focus on something worth celebrating: the ladies

While there’s much political debate to be had over the announcement made by Justin Trudeau and Premier Andrew Furey over the $5.2-Billion deal to get “Muskrat off our back,” I’ll leave that banter for others.

Good? Bad? A solid deal or a disaster dollar for dollar; whatever those who love to crunch the numbers to infinity and beyond come up with – often depending on what side of the political spectrum they stand – will be left by the wayside by me, at least for now.

It’s not that I don’t care about boondoggles and bottom lines. It’s just that, right now, I care more about other things; like actual bottoms.

The fact that Norway’s women’s beach handball team were fined for picking shorts over bikini bottoms just boggles my mind. Really, would it matter if the lot of them, or any athlete for that matter, wore matching moomoos? As long as hemlines don’t hinder performance, who cares? I’m raising a 13-year-old daughter who’s as confident wearing a bikini as she is donning 80s-styled high-waisted acid-washed mom jeans, and I don’t ever want that to change.

While she, like her mother (what comes by nature costs no money, folks) has ‘junk in the trunk’ she’s proud as a peacock to wear whatever in the heck she feels like wearing, and I’m delighted. Though, I admit that, as her mother, and with a sometimes skeptical granny residing occasionally in the basement below, I may view my kid with a more critical lens than I’d like to admit. Too short shorts? Too croppy of a crop top? From exposed muffin tops to behind-spillovers, it’s not always easy to zip my cakehole.

I’ve managed to bite my tongue for the most part, however, and have steered mostly clear of offering opinions that might be shaped more by stereotypical sexualized views others may hold or ones that might be considered body shaming. As I hauled the biggest pair of spanks I owned over my generous thighs and belly before yanking my figure-forgiving dress over my 51 year-old menopausal, two kid-birthed body in 30 degree-plus humidity temps before heading off to Confederation

Building for the Muskrat and then some announcement, I paused.

My hair, which I had curled moments before, fell flat in the hot, damp air. What wasn’t flat was my tummy as roundness rose in defiance of those damn choke off any potential yoga-breath spanks.

My arms, more suited for lugging lumber than lounging in a sleeveless, I covered with a jacket that also somewhat hid my heaving cleavage.

On my way, I dropped the youngsters off at Manuels River for a swim and I watched as they walked away. The thinnest and tallest, a figure I would have died for, covered her bathing suit in the biggest, baggiest sweatshirt I’ve ever seen. The most petite wore a demure one piece and biking shorts. My kid bounced away from the car with meat and muscle and legs built to not be knocked over in a tsunami exposed in her rather tiny yellow bikini.

B’ys oh b’ys. I wisely shut my mouth. As I stood in the lobby of Confederation Building a short time later and listened to the two men at the podium talk freeing us from Muskrat, I noticed that NTV’s Kelly-Anne Roberts was the only female reporter covering this event for mainstream media.

In heals and wearing a dress I coveted, and with her hair and makeup just so, she was not just pretty, she was prepared. Days before participating in the Regatta and hours after an exhausting practice row, she was every bit the professional. And then I spied Siobhan Coady in the crowd.

As an award-winning businesswoman, as a former Minister of Natural Resources and federal MP, and now as Deputy Premier, I had no doubt that she had played a huge role in making this day a reality. Then I spied Lisa Dempster, who had started out in a party filled with men, surrounded by the hardworking and always re-electable Pam Parsons and newbies Krista Lynn Howell and Sarah Stoodley. Instantly, I wished I had brought my daughter and her gal pals along.

I asked the power posse of women to pose for our cameraman, and Coady proudly gathered her female colleagues and invited the premier to join them.
While there might be an ongoing debate over Muskrat and money, what wasn’t in question was that I was among a group of women who, no matter what they wore, or what size clothing they slipped into that morning, we’re pretty damn awesome and b’ys-oh-b’ys, let me tell you, there’s no debating that.

Managing Editor Pam Pardy can be reached at pghent@nfldherald.com