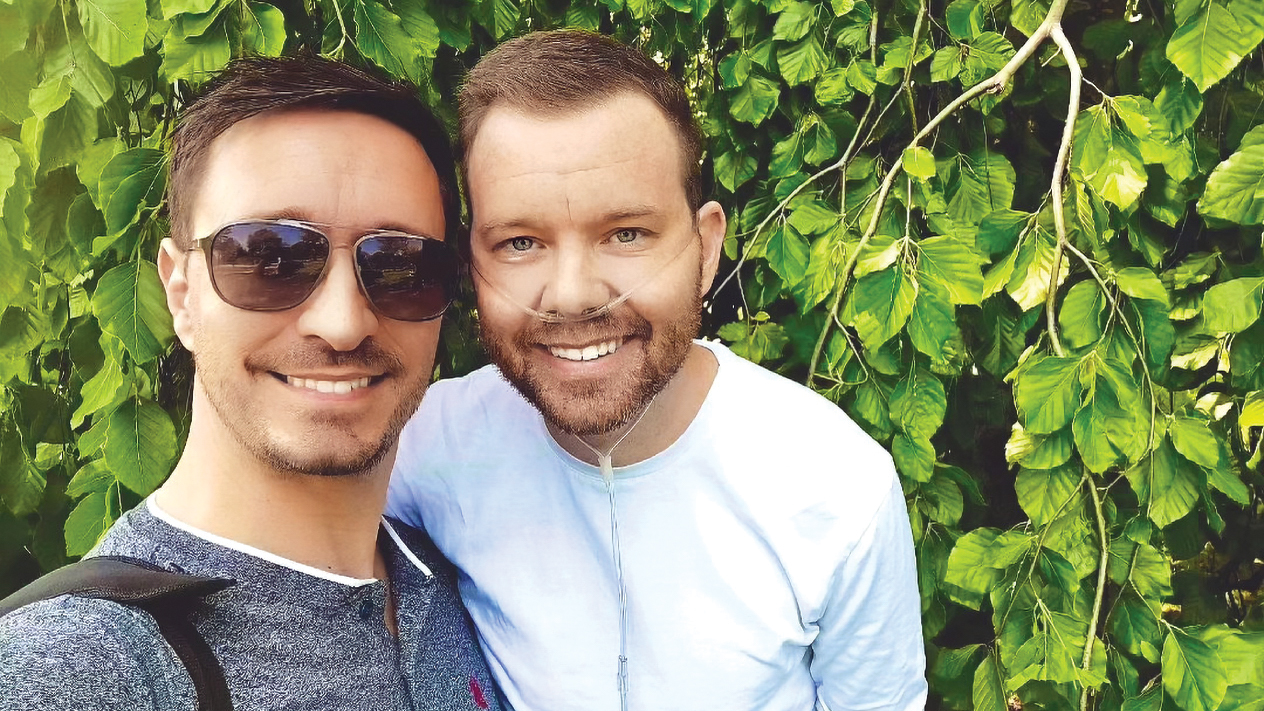 Jamie Chafe-Badcock of St. John’s shares some positivity while awaiting his second double lung transplant in Toronto during a global pandemic

The last year and however many months has been incredibly unpredictable. For some, it’s been a time of reflection and opportunity. For most, it has been isolating, damaging, and even tragic.

When the news of COVID-19 first broke, none of us imagined that we would still be navigating a pandemic over a year later. It has affected our day to day life, the global economy, and most everyone’s well-being both physically and emotionally. Uprooting our normal routines, bans on gatherings and the isolation from our families and friends, the rollercoaster continues.

For one Newfoundlander, the toughest adversity of the last year wasn’t actually COVID-19 related. That being said, navigating the news of requiring not his first, but his second double lung transplant during a global pandemic has been nothing short of challenging.

At the very young age of only three months old, Jamie Chafe was diagnosed with the most common fatal genetic disease among young Canadians, Cystic Fibrosis. Chafe’s mother was told he wouldn’t live to see past kindergarten, and although he is now 34-years-old, the road hasn’t been easy.

His entire life has been filled with hospital visits, and in 2015, one of those visits resulted in a Nontuberculous Mycobacterial lung disease (NTM) diagnosis, a disease caused by bacteria which can produce major damage to the lungs. He received his first double lung transplant on July 31, 2017, only four short years ago.

Just last summer, he began to notice changes in his breathing, and was then diagnosed with chronic rejection. His body is recognizing that the lungs are foreign, and he has been listed since February 5th of this year for a second double lung transplant.

Chafe has been residing with family in Brampton since January while he awaits his surgery. Ontario has been one of the hardest hit Canadian provinces during the pandemic, with restrictions and lockdown patterns mimicking that of a rollercoaster.

“Since I arrived here in January, I have hardly seen anyone. I have a large group of friends in Ontario, but because of the lockdowns and restrictions I haven’t been able to enjoy that one-on-one contact with them. I can honestly say that this has been the absolute hardest thing I have ever gone through,” he shared with The Newfoundland Herald.

“I can’t lie to you and say that there haven’t been times when I’ve wanted to pack up and go home, and just live out the days I have left surrounded by my loved ones.”

The strength it takes mentally and physically for someone in Chafe’s shoes to push through the adversities and the setbacks is extraordinary. Thankfully, it hasn’t been a road walked alone.

Chafe married his sweetheart, Steve Badcock, in October of 2020. He wasn’t planning on getting married, however after his chronic rejection diagnosis last summer, Badcock popped the question.

“It was very important to him for me to know that I have his support 110 per cent. That he would be there to see me through this so that we can enjoy a happy, healthy life together on the other side. His support has been a game-changer. I am just honestly not sure if I would have travelled down this road had it not been for his love.” Chafe shared.

Badcock isn’t the only love that has continued to push Chafe through his difficult journey. His love for singing has also had a major impact not only on his mental health, but on his physical health as well.

Singing has always been one of Chafe’s many passions, with his grandfather having been a part of The Golden Gate Trio. Using singing as a means of escape, his doctors have also suggested that singing has done nothing but support his lung function over the years.

No matter the amount of support, it is always mentally challenging and exhausting to be fighting a constant battle. Chafe’s positive outlook has been a major factor in battling an uphill journey, believing that every chapter in your life is teaching you a valuable lesson.

“What this chapter of my life is teaching me is that I am so much stronger than I ever thought I was,” he explained.

“I used to view all the things I have been through as things that beat me down, and made me weak, but the opposite is true. They have made me stronger than I’ve ever been. I am stronger today than I was yesterday, and I will be even stronger tomorrow.

“I want to honour my donor that I have now and the donor that I will have by how I live my life. I want to inspire others and show that just because life is hard at times, doesn’t mean that it can’t be beautiful.”

You can follow and support Jamie Chafe’s journey into his second double lung transplant by visiting his GoFundMe gofund.me/928952fe