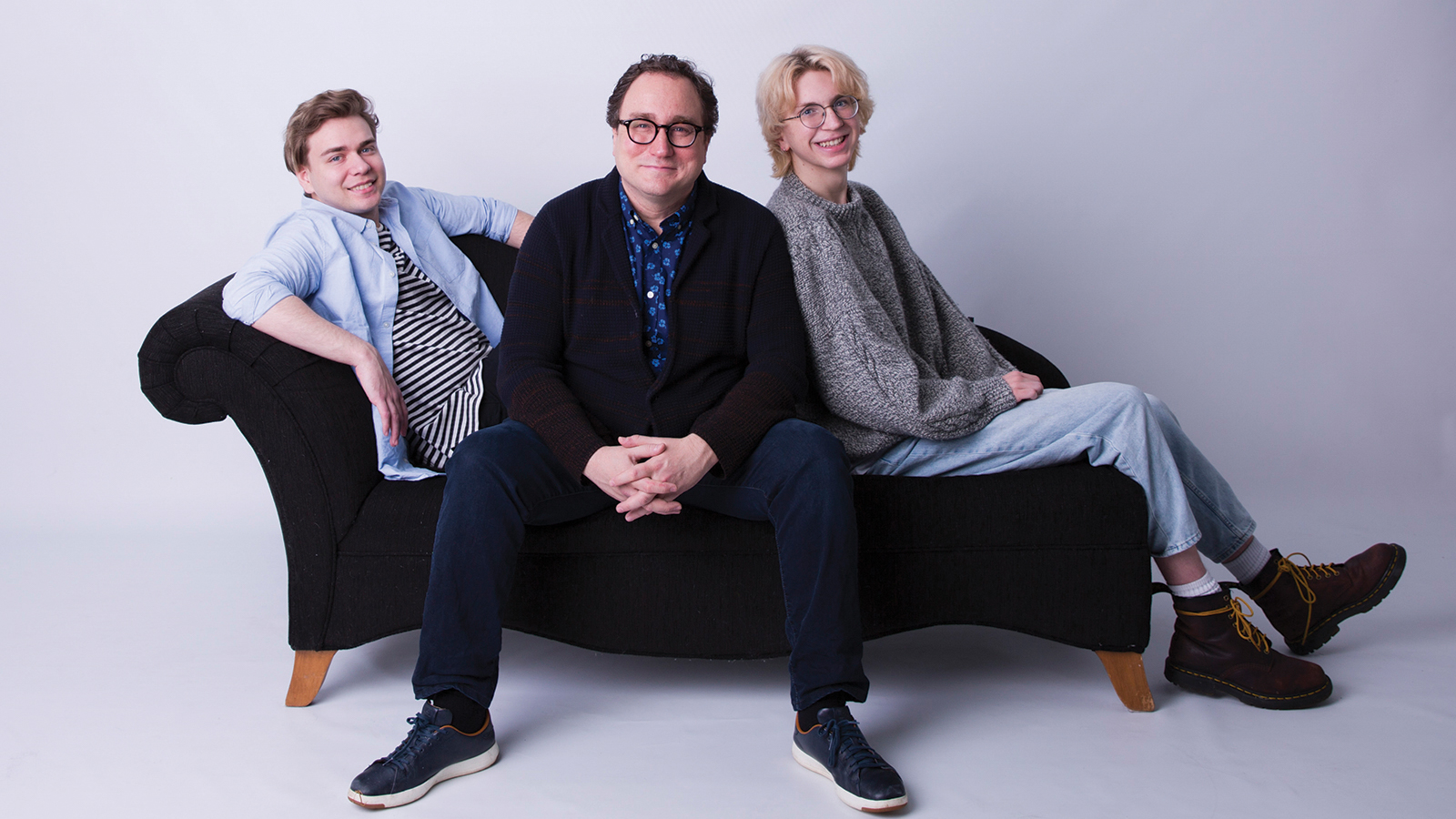 Mark Critch is many things – comedian, actor, and author – but his most important role is that of Dad to sons Jacob and Will

Ask a kid what they remember most about a somewhat significant day in their life, and if skipping school was part of that adventure, then that’s high on the list of probable honourable mentions.

Mark Critch’s youngest son Will, who was seven at the time, gets a laugh when he responded, “I remember I got to get out of school early that day…” when asked if he remembered posing for that photoshoot for The Herald’s cover back in 2011 with his Dad and older brother Jacob.

We ask Mark, looking back now on the last ten years since that Herald cover, what has changed when it comes to fathering his boys Jacob and Will. 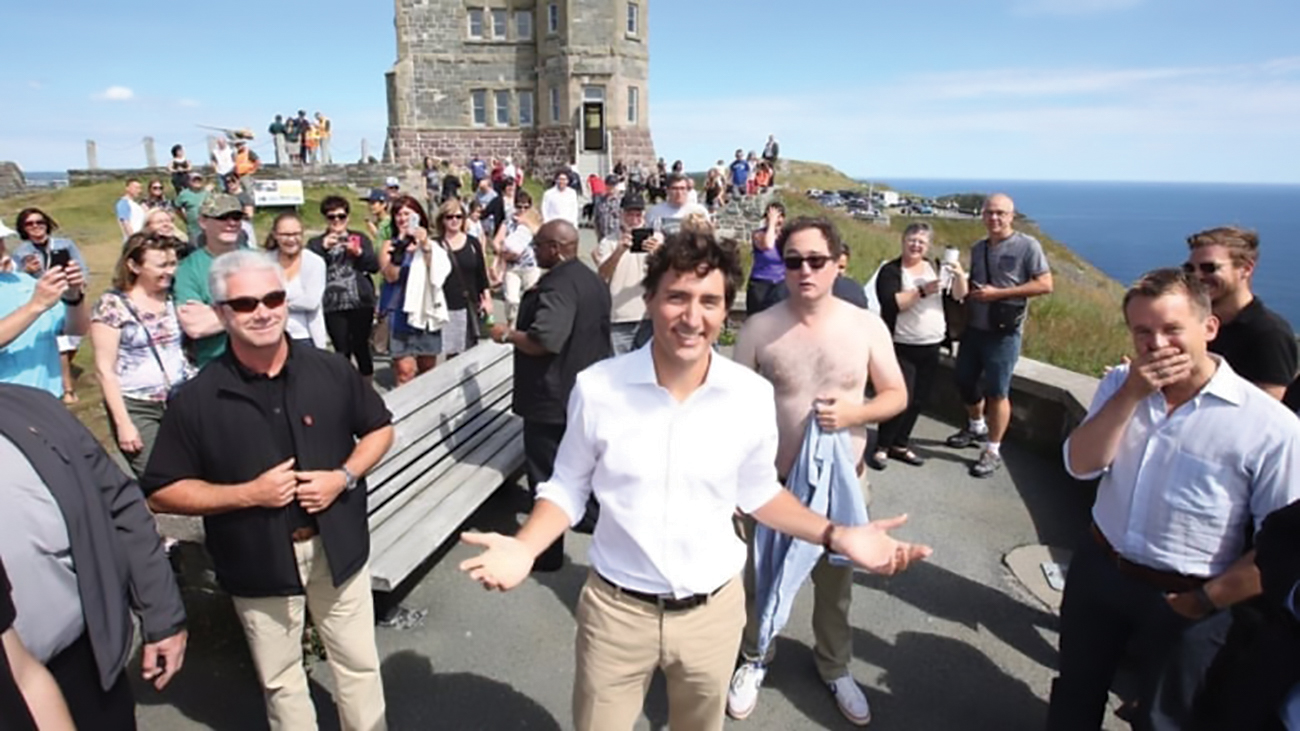 “I used to worry that I might embarrass them, and I guess sometimes I still worry about that at times, because I know it can be a bit different having a dad who is out there doing all this public stuff and here you are a kid in school and your dad takes his shirt off in front of Justin Trudeau and you think, ‘ya. That can’t be fun,’ but you do it anyway,” he opened with a chuckle.

Mark knows all about having a dad in the limelight.

“My Dad (the late Mike Critch, a staple at VOCM) was in radio and so I was the kid growing up where everyone knew who my dad was. People used to always be doing impressions of him too, and as a kid, I didn’t quite understand all that. Like, ‘why is that guy talking like Dad?’ And ‘why are people laughing?’ So I can only imagine the embarrassing situations I’ve put them both in and I’m sure there’s times they said to themselves or to each other, ‘why couldn’t he just have been an accountant?’”

The boys laugh. Jacob, who has had quite a successful music career offers words of comfort.

“I never really get embarrassed. I’m used to that stuff. He’s been on television so long that it doesn’t faze me at all. It just seems, well, regular. I just see him as Dad. He’s a regular person doing his job. And if we happen to be around someone like Justin Trudeau and Dad takes his shirt off, well, that’s just normal too,” Jacob shared. 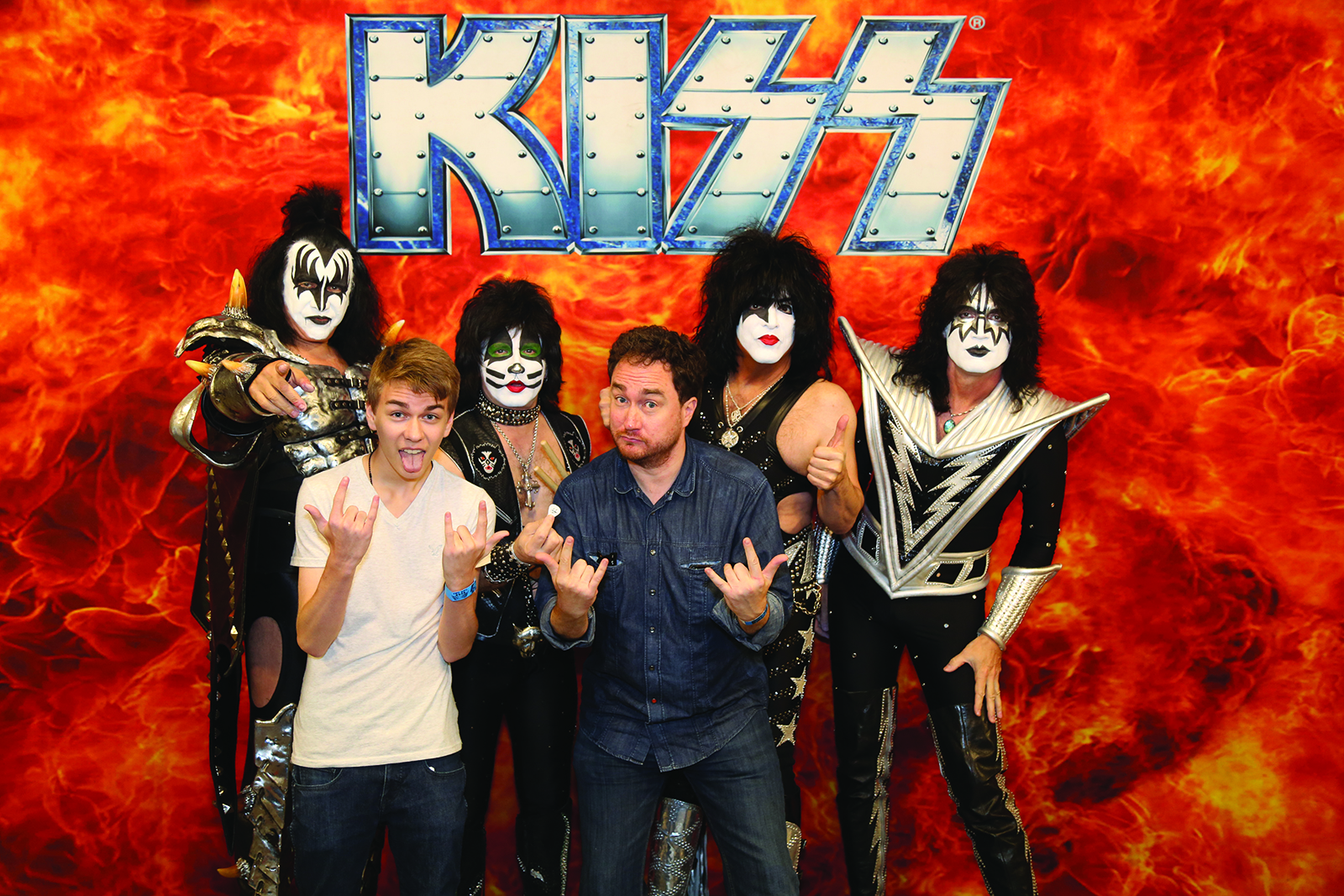 As for Will, there’s a sense of pride mixed in there as well.

“I might walk into a class on NL studies and Dad pops up in the lesson. One time in science class we were watching a video by Bill Nye and a commercial comes on and it’s my father promoting Pyjamarama Day. So there’s moments when his career has impacted me, but I’m not embarrassed because I look up to my dad,” Will said.

Ten years ago in The Herald feature, Mark reflected on what he felt the boys would become as they grew older. At the time, he joked he hoped they would pick careers that could see him chill out a little financially as he neared retirement age. What does he think of the job he did as a parent, we ask?

“My favourite age for a kid is three because up to then they’re basically a stranger who might pee on you. Then you wonder, ‘who are you? What are you into? Are you outgoing? Shy?’ But around three the personality starts to show and you see who they are starting to be,” he said. 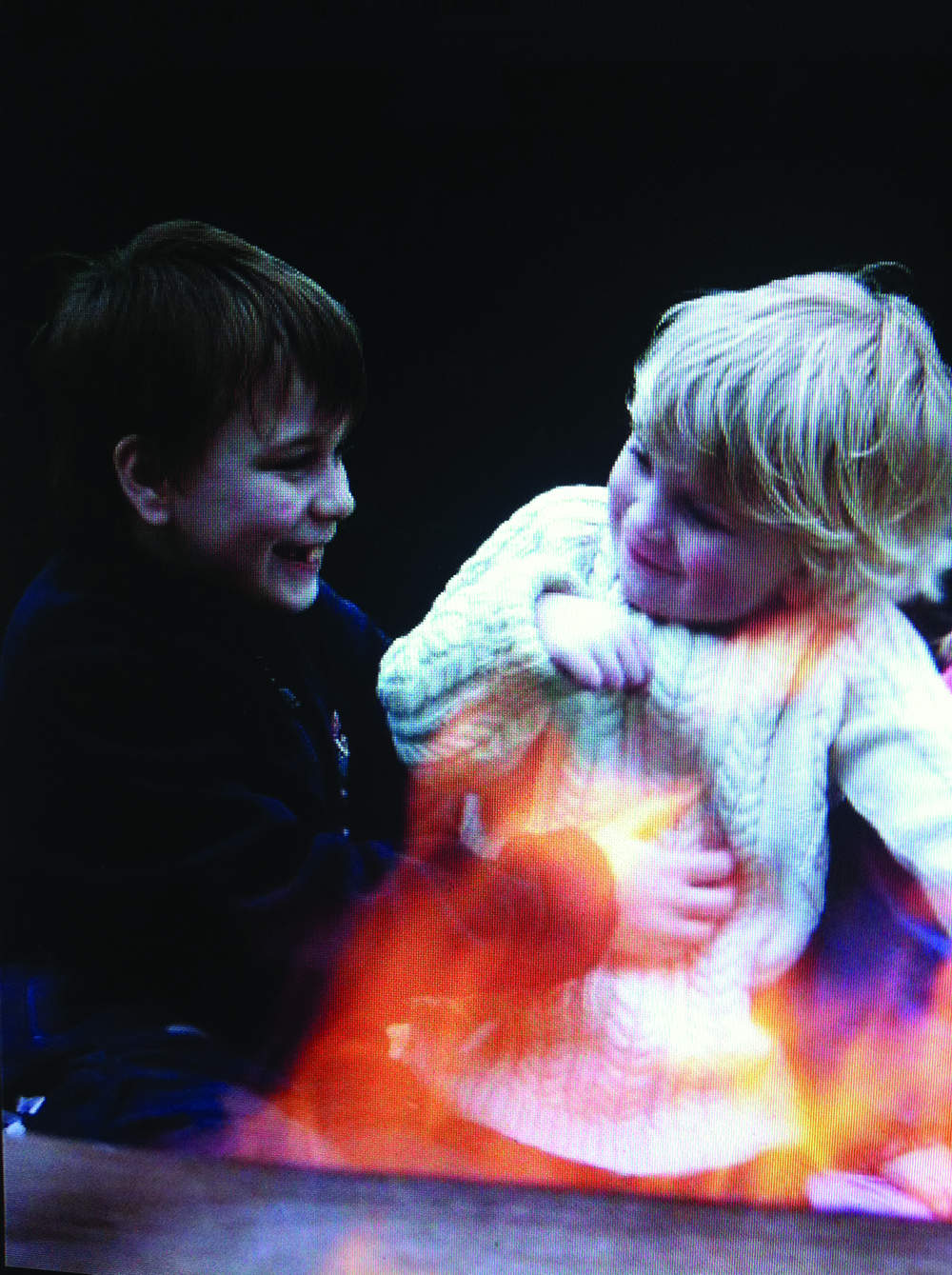 When asked to chat about his lads, Mark is enthusiastic.

“The boys are both very sensible and bright. Jacob is interesting because he studies computer science yet he’s very musical so he has a blend of the arts and the sciences and he goes about things sensibly. I joke as he’s doing his music that he needs something to fall back on, but that’s what any parent would want for their kid,” he said.

As for his youngest? Will has so much talent, and as he prepares to graduate high school, the sky’s the limit.

“Will did some acting and he’s a very good writer and he’s a very good singer. I can see him doing all those things. Now, he’s heading off to Grenfell (College) and he’ll do acting, but also psychology. So both boys are interesting that way because they have such varied interests. They are a mix of the arts and, you know, all that other sensible stuff.”

But what he’s most proud of as a dad has nothing to do with schooling or who they become career-wise as they grow.

“What I like most about the boys, what I’m most proud of, is that they are both nice boys and they are polite and interesting to talk to and they show interest in other people and whatever they want to do in life, it doesn’t matter, I support them.”

Like most dads, He hopes he’s taught them a few valuable life lessons. 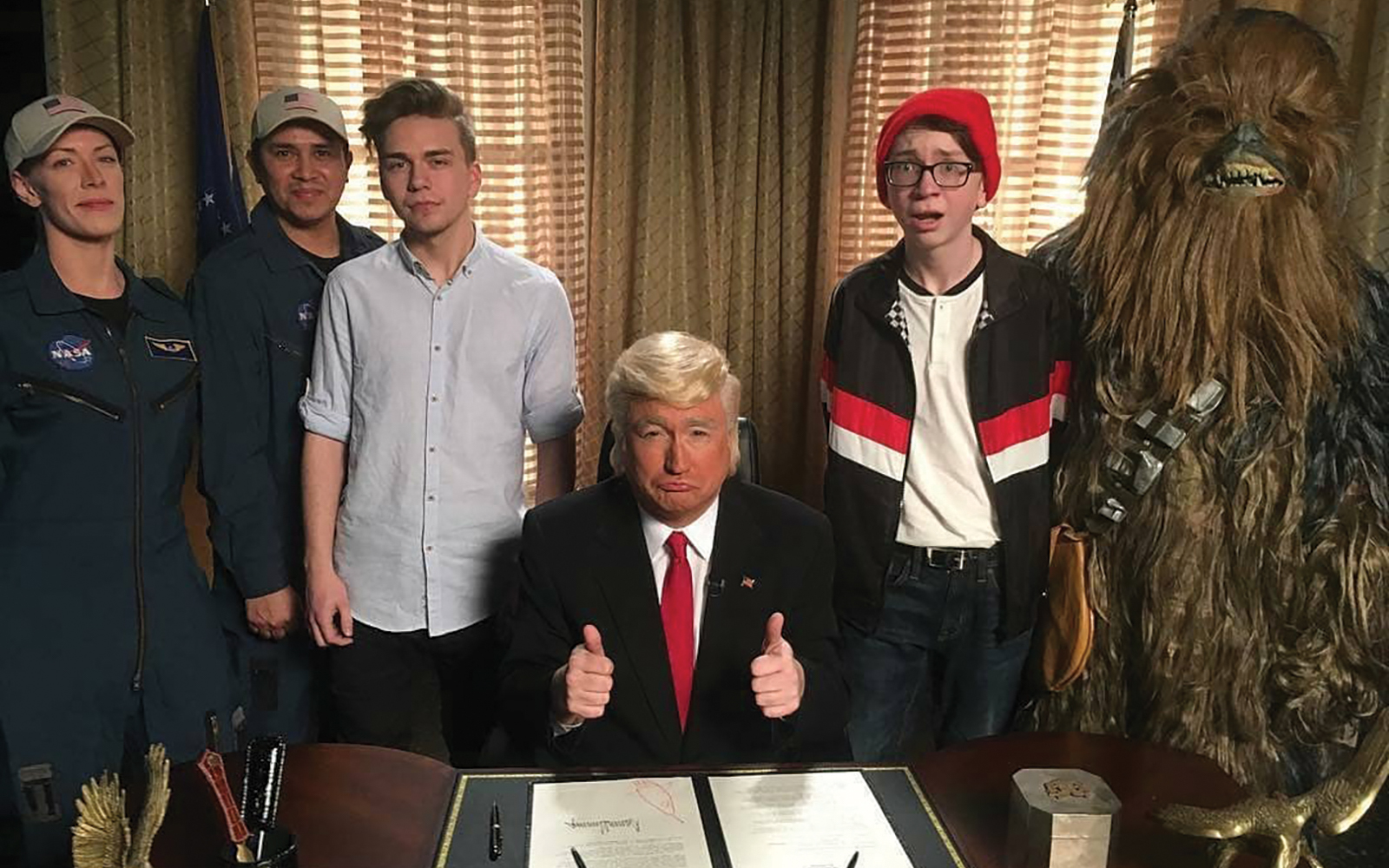 SON OF A CRITCH

Some deep reflections are revealed as Mark, who just finished writing his follow-up to Son of a Critch, An Embarrassment of Critch’s, thinks about fatherhood.

“It’s always better to take the gamble and do something you find interesting in life, but they can do anything. Both my boys are nice and I’m so proud of that. Poppy Critch would have called them good and gentle and that’s a wonderful thing for a parent to have the pleasure of being around.”

So, let’s turn the tables. What do Will and Jacob think of their father?

They all laugh. He’s good –  great, but is he strict? Funny at home? Give us something, we tease.

“He’s a mix. He’s naturally funny, always making up little quips and random characters all the time. He makes up weird songs and I find myself doing the same thing. He makes up stories. But he’s serious too if it’s something important. He’s all about getting work done, having a good work ethic and make a good plan. He’s fun. He’s friendly. But he has a good business mind, too,” Jacob said. 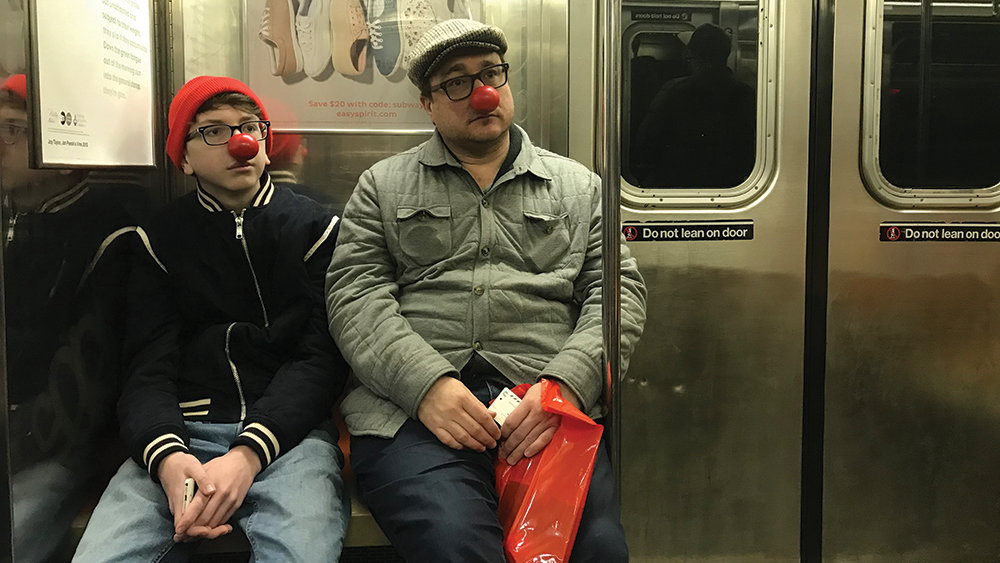 ‘A CHILD AT HEART’

Having the 22 Minutes star as a father has been what you’d expect; incredible.

“He likes to do fun stuff, like read comic books and play video games. And yes, he’s a child at heart. He never feels like he’s too old or too grown up to hang with us guys,” Jacob added.

Will smiled. He also feels honoured to have had such a great father.

“There’s a bit of fun in everything we do. He’s spontaneous. We got to meet The Muppets. We were just there talking to The Muppets. It doesn’t get cooler than having a dad working with Kermit and Miss Piggy,” Will shared.

Mark laughed, explaining he was writing for the show at the time.

“It’s a perk of the gig, so it’s great that the kids remember those things.”

We asked if there are any last thoughts.

“I remember when Jacob was born, walking home from the hospital going, ‘ok now you’ve really got to get on the go here. Come on. You got to try now. Being a parent makes you focus because there’s more at stake and you got to do your best.”

Mark shared that, even though he worked away, he was home as often as he could and he made it most weekends. That was important, he shared.

“Dad taught me to never say never. To not stray too far from the things you love. He made sure the most important thing to him was us, and we knew it. I knew my dad would always be there if I needed him,” Will said. 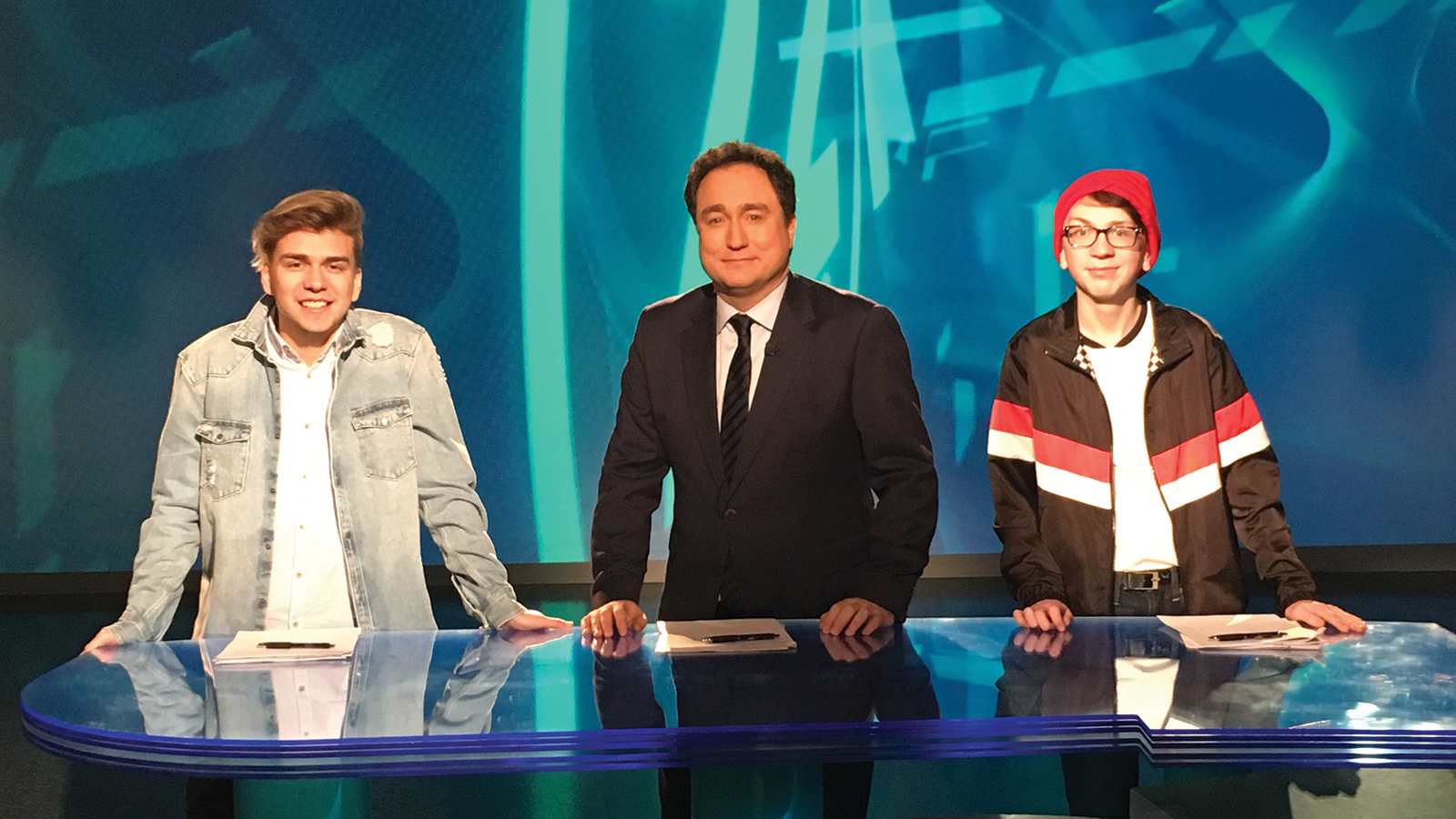 As for Jacob, doing what you want to do was a big lesson.

“There’s grunt work that you have to put in. Dad was on TV, but he worked hard to get there. You have to believe in yourself and I know I can do anything because there’s no reason that I can’t. I wouldn’t avoid doing something because it would be hard work. Like music. I’ve had countless rejections. Some would give up, but I’ll keep going, and that’s a good lesson.”

“One of the things I’ve tried to put in their heads is, don’t do anything to be well known. You don’t get into something because you want to be famous because that’s the wrong reason. You have to follow your dream for the right reason because if it ends up that you’re not overly financially successful, then you’re still happy. I do my best. I’m working hard at something I find fulfilling. I hope my boys see that and it serves them well.”