Michael Chubbs: Taking On The Premier 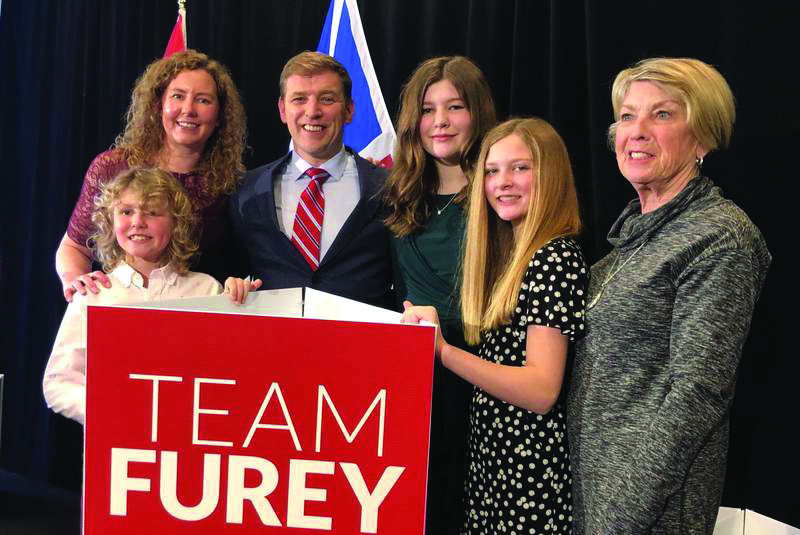 As The Herald’s newest intern, I’d like to introduce myself by sharing what I’ve been doing around here for the last week or so.

So, what did my first few days look like? Running coffees and copying papers? Not exactly.

“Hi, Michael, I’m just grabbing the Premier — we’ve got about ten minutes!” A member of the Premier’s comms team tells me. Less time than I prepared for, but what odds.

Let’s talk about that!

A couple of questions in, I’m feeling confident that everything’s going great. Well, in the “I didn’t break anything” kind of way, more so than the “I got the Premier to say words that mean something” kind of way. No surprises there. Then there was this:

Leading up to the election you had a comfortable lead in the polls, though you only won one more seat than you needed for a majority, do you think the polls had it…

“That’s not true. We have 22 plus a large plurality; I think that gets lost in the mix here. The next closest party is 13, so this is a real and firm mandate…”

“A majority is a majority.” Is it though?

The Premier talks of two things here: a majority and a plurality, both are true to some extent, but left as is that could be misleading. Initially, I thought that the Premier was suggesting I was wrong; that he had more than just one above what he needed for a majority, and he was just bad at math. Not so likely.

While this semantically holds water — compared to the next closest party they do maintain a more comfortable lead than my setup would suggest. However, the next closest party is not the only one with the power to vote no, so comparing your own party’s seats to that of the runner-up paints an incomplete picture — or more accurately, a more appealing frame.

Important enough to have its own heading, but simple enough to express in one paragraph. The difference between 22 and 13 is nine. The nine here represent the Liberals’ seat advantage over the PCs. But, 22 minus 21 is just one. One single-seat above the 21 required for a majority government. If you were the Premier, which would you lean into, and which would you slap down?

Perhaps, but would the premier be in a better position with more seats, and more room for detractors? There are two possibilities I can personally think of:

First, the Liberals may have identified a potential weakness and are trying to spin a slim majority into something I like to call “Majority Slims Plus — same slim majority, more on-brand embellishment.”

Second, to say the election was tumultuous has already become cliché — not a good start. It may be that the Premier’s election wins don’t represent his popularity and that he hopes to project a more popular appearance to hold the confidence of his electors and detractors.

With enough effort from the opposition parties, and enough across the aisle lobbying, the potential for sabotage might be higher than his statements lead us to believe. Either that or this is a simple sign of a bone doctor seeking a new career as a spin doctor.

Considering his assent to elected office, it seems that conclusion might be too little too late.

Michael Chubbs, Intern with The Newfoundland Herald, can be reached on Twitter, or by emailing letters@nfldherald.com