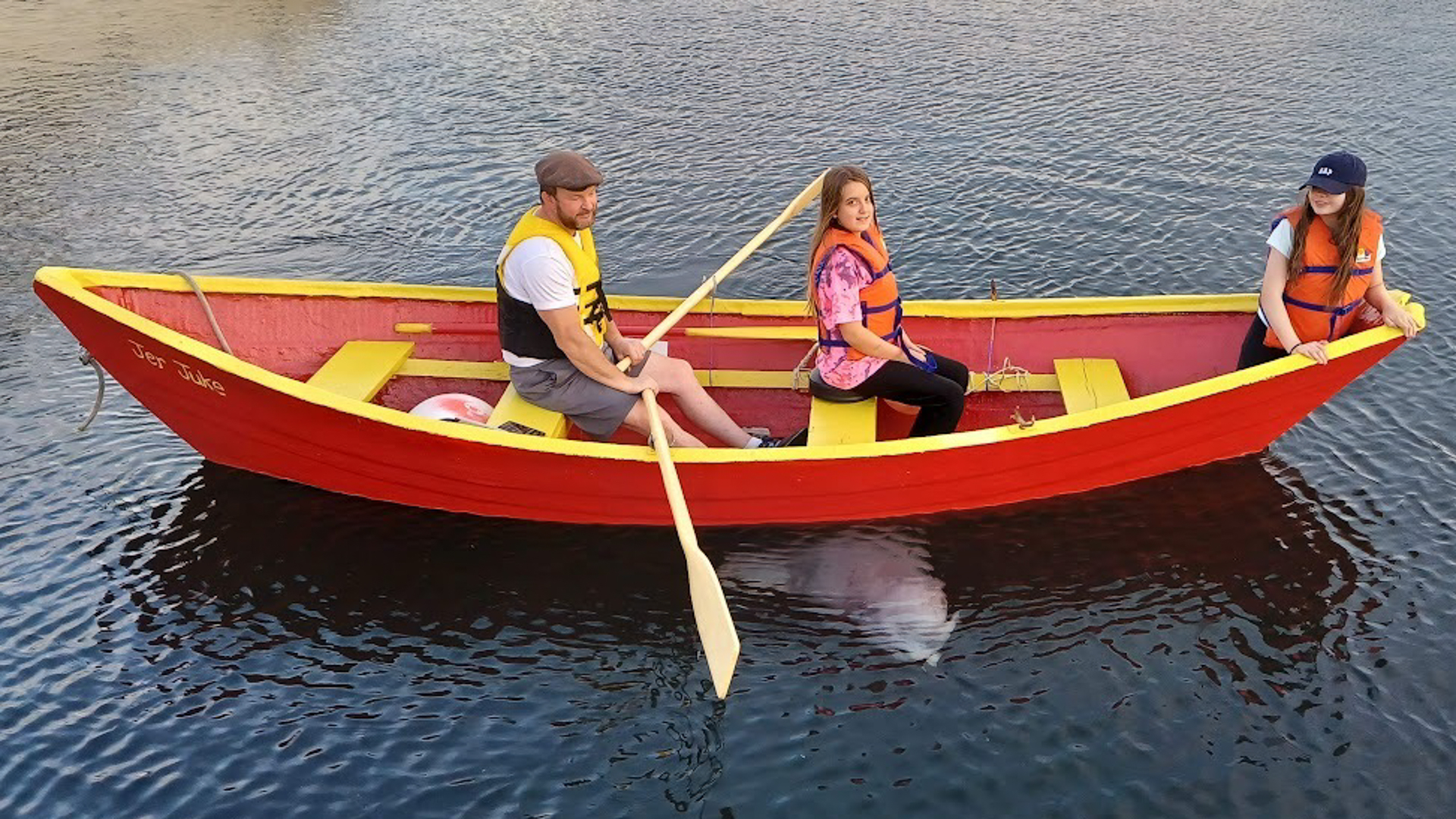 Darrell Duke’s friendly encounter with a beluga whale inspires the soul and stirs the heart, reminding us all that true bonds are possible no matter the species

Scrolling through Facebook can usually present opportunities for a few look-at-that pauses as posts by others capture our attention for a variety of reasons: s birthday being celebrated; an anniversary milestone; a new baby being welcomed into the family. All grand reasons to poke around for a moment and size up another’s online life and add encouragement through a ‘thumbs up,’ or my favourite social media sentiment, a heart.  One recent set of posts by friend/musician/author Darrell Duke was incredibly captivating, however, and triggered a phone call instead of simply a ‘way to go, buddy,’ thumb gesture or a ‘loves it, my son,’ bursting red heart emoji.

“It’s friendly to a fault, not knowing its own strength. So, you can’t afford to forget for a second that it’s a wild animal.”

Duke, who I’ve written about in the past for everything from his novels (1) (2) to his dedication to the craft of dory restoration (1) (2) is always ready for an enthusiastic gab session, except this time  – if possible – there was a little more joy in his jawin’.

A dark hole in Clarenville

The reason behind the percolating passion? Duke’s encounter with a resident beluga whale while out and about in his captivatingly colourful dory.

The beluga has taken up residency in an area Duke refers to as Dark Hole in Clarenville, Newfoundland Labrador.  “I’ve been hearing about (the beluga being in that area) for over two years. And I’ve heard all these wonderful stories. All kinds of people have seen it and take pictures of it and with it, those out in kayaks mostly get to interact with it but I encountered it for the first time last Sunday afternoon,” he began.

“I just had a longing to see the beluga and no sooner had I left the pier and the beluga was underneath the flat and frightened the life out of me.”

“That was my initial experience with meeting the beluga and I was a little bit thrown off (by being lifted out of the water). No matter how much I read about them and have heard about how nice they are, it’s still a big scary mammal.”

The fear – but not the awe and wonder and respect – soon subsided. “I thought, ‘it’s just playing with me.’ It comes up for attention and love, I suppose. As everyone’s well aware, you’re not supposed to interact with nature, so I don’t put my hands overboard or anything. It’s just a bond that exists from observing and interacting on some human-almost level.”

Duke’s encounters over several evenings have been magical, he continued.  “You can see it on the surface, it looks like a torpedo. Like out of a movie or something, you see it coming towards the boat and you’re waiting for a knock and then it just slips gracefully underneath you until it decides to come up underneath you and lift you, which is what it did to us last night.”

The beluga pushed the dory along for maybe 20-30 feet, he added, before he was able to gain control again.  “That was my initial experience with meeting the beluga and I was a little bit thrown off (by being lifted out of the water). No matter how much I read about them and have heard about how nice they are, it’s still a big scary mammal.”

As a songwriter, performer and author, has Duke gained any inspiration from this encounter, we ask.

“Yes. It’s something so unique yet there are maybe a million children’s books written with someone’s own spin on these white magical whales but who knows? This encounter could make its way into my writing, no matter what form it takes,” he said.

Looking through the images and videos as we speak, it’s clear this beluga bonding and whale-writer friendship has had meaning for many. “If nothing else, it’s a wonderful way to learn something. That’s what this has been for me and for my whole family. What a nice way to learn about the world, to learn how to interact with nature. I’ve learned a lot watching it and to interact in some way is just a gift.”

Duke, who is preparing to release his next novel, Swept Away, much of it conceptualized while out rowing in one of his treasured dories,  wondered aloud if the beluga was attracted to his curious spirit or to his colourful vessel. “That was just a theory of mine, that it was attracted to the colours, but I think what it’s doing is eating barnacles off the bottom when it comes up, goes in and under and around. I don’t think it’s ramming on purpose. I would like to think that, anyway. I think it’s more of a ‘hello,’ and ‘thank you for lunch,’ type thing,” he said with a laugh.

Duke shared that he planned on heading out again immediately following our chat. I noticed this incredible Facebook post a few hours later. “This evening I thought I’d see the whale’s reaction to music, so I played a tin whistle. At first, the whale grunted (it grunts like a bull) and bumped the boat. I stopped and played again a while later. This time it rose to greet my face, smiled its dolphin-like smile, and twirled around. Its mood went from happy to wanting to dance. Gotta love the power of music,” he wrote.

There can’t be an any better demonstration of a true friendship than sharing – with a whale-sized smile – appreciation for a good tune.

2 thoughts on “NL OUTDOORS | Tale of The Whale”