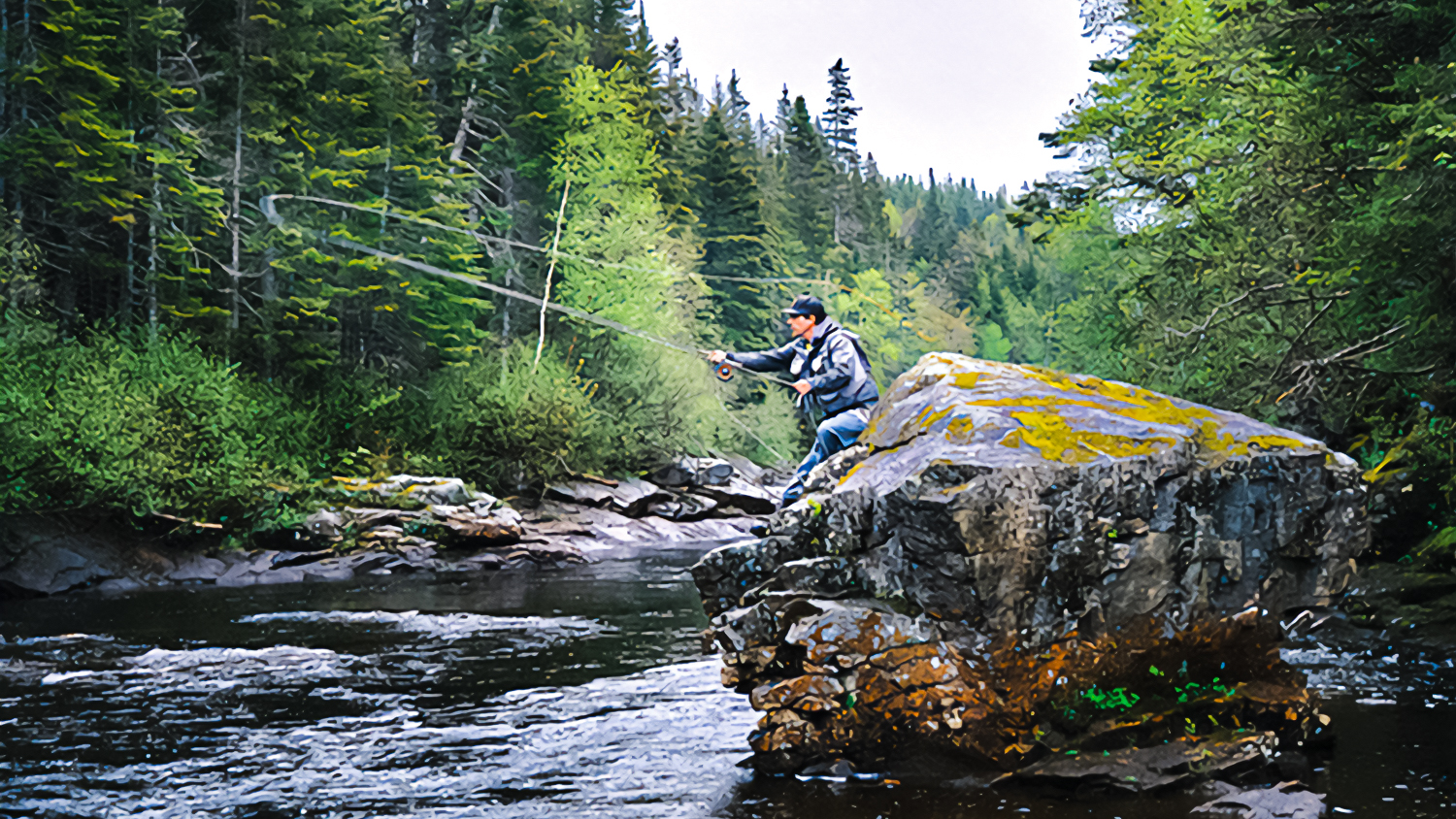 Avid anglers are very optimistic about their success for this upcoming season.

Shawn Anderson, a 41-year-old salmon fisherman from Kippens, has been salmon fishing since he was five. He says when he picked up the rod he was immediately hooked.

“It’s the anticipation of the rise of the fish. Just being on the river is peaceful, it’s relaxing and it’s stress-relieving. I recently got my little guy into it and he’s really starting to enjoy it. It’s something that I can pass on to him that my father and grandfather passed on to me,” Anderson shared.

Scott Grant, a 43-year-old angler from Steady Brook, says he is fairly new to the sport and has only been salmon fishing for about seven years. He shared that he wishes he started salmon fishing early in his life.

“One thing about salmon fishing is that it’s not like basketball or baseball where you have to learn a certain skill set. Salmon fishing is different. Salmon fishing is a lifelong obsession,” Grant said. “You learn something every time you go out. If you think you know everything you’re absolutely mistaken… There’s a million things to learn. It’s an absolute lifelong learning experience.”

Newfoundland is known for its nature. Many anglers say that salmon fishing is the best way to explore what is in your own backyard.
Brenda Tuff, an angler from Kelligrews, has been proudly fishing for 31 years. She says that being on the river is very relaxing.

“You got to concentrate on what you’re doing so much. You concentrate on the water and your fly on the water and have to be ready to react when you see a fish come for it. You’re concentrating so much that there’s nothing else in your head,” Tuff said.
Anderson has been out on the river a couple of times since the season opened, but wasn’t lucky enough to hook a fish. He uses fishing as a form of stress relief.

“It gets you outdoors and you lose focus on everything else. Everything kind of melts away and you listen to the water. And you focus on the fly and the casting. It releases all the tension you’ve got and it feels nice to be outdoors,” Anderson shared.

The community around salmon fishing, says Grant, is one of the main reasons he continues to fish year after year. He loves meeting people from all aspects of life out on the river.

“I live a fairly stressful life,” Grant said. “My favourite part isn’t hooking fish, it’s just being out in nature. It’s the peace and quiet, it’s the wind blowing through my lack of hair, it’s the sun in my face. Just being out in nature is what I love about it. Also the conversations you have out on the river and the people you meet, that sort of thing too. I don’t salmon fish just to catch fish and that’s the truth.”

Tuff shares that she loves to see more and more women on the river every year.

“It’s typically always been a male-dominated sport. There’s more women on the river every year, Most of the men that salmon fish are now taking their wives or daughters. If a girl wanted to get into salmon fishing I’d be more than happy to take them out with me,” Tuff said happily.