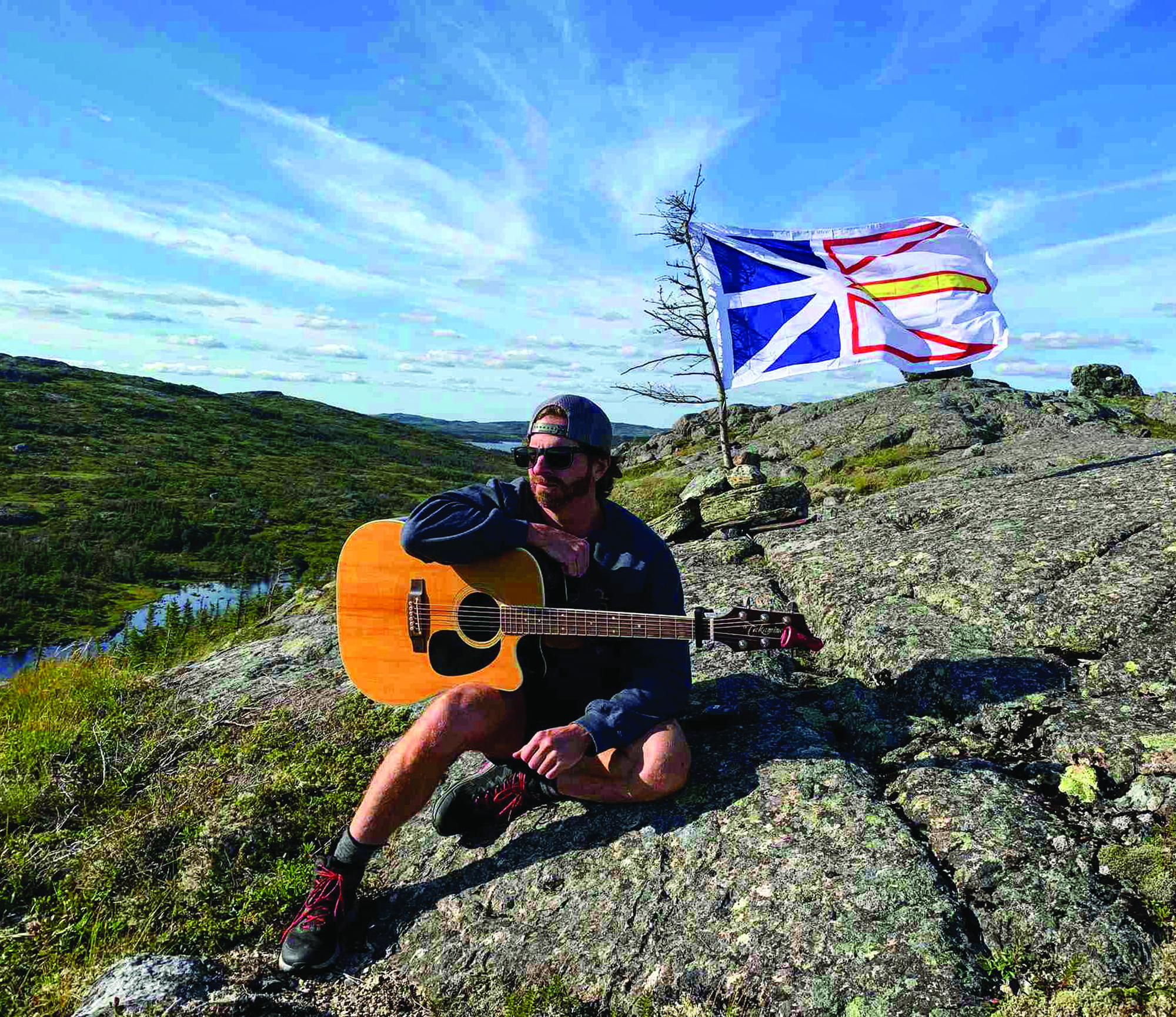 ====
The pandemic, which has touched the lives of everyone near and far, also had an effect on season two of NTV’s Adventures Unknown. They didn’t let COVID cease production, however.

The creative team of Donny Love and Kent Brown decided to use isolation to their advantage, sticking Love smack dab in the midst of Kellys Island, an uninhabited strip of land just off Conception Bay South. “I was there for two months, so we got some great footage as a way to kick off this second season,” Love teased.

Hitting the road in NL

But there’s more adventure awaiting this dynamic duo. With an RV at their disposal, they hit the road in fine style.

“We went to some really great communities and did some exciting things. From sharks to horses – and if you think horses are not exciting, wait until you see the footage – we did some incredible things,” Love continued.

ATVs. Rafting. Cliff climbing and diving. You’ll see it all on Adventures Unknown.

“I learned to play guitar a bit while on Kellys Island. And then I left and did some really terrifying and extreme things. We’re really proud this show has something for everyone. If you are a Newfoundlander, what better way to uncover great things to do while spending another year staycationing? If you are from away, what better way to fill your bucket list?” Love shared.

Brown, who makes sure the show looks great so Love can focus on hosting extreme adventures, adds that this is a season that shouldn’t be missed.

“I think something that came out of the first season was a pretty consistent flow of comments back to us about really, really loving the drone cinematography. Nothing can make a show on Newfoundland look better than using drone photography. It adds something when you can literally take it all in and experience it for yourself from at home,” he shared.

Newfoundland, besides being exciting, is simply beautiful, he added.

Up for the challenge

COVID made producing and starring in a television show challenging, they both add, but they were more than up for the challenge.

“The real challenge was finding adventures that really resonated with what the heart of our show is meant to be. And that’s adventure. So we had to look in different places for adventures which still had some amazing high-octane fun and elements. But we also included some adventures that are just kind of nice things that we didn’t know about. Like, on the Burin Peninsula, there’s all this pirate folklore and if you lived there in the 1700s, it was a dangerous place to live because pirates were regularly coming in and pillaging and they had no problem plundering. So the residents there had their escape routes and there’s cannons in these high points where people would be manning the cannons and manning lookouts and looking for pirate boats. I didn’t know about that. And it’s what our show is about along with showing some of the bigger, amazing adventures,” added Kent.

“This season gave us a chance to take some things around Newfoundland and Labrador that we think are really interesting and showcase them to the rest of the world. It’s beautiful here. It’s amazing here. From a working horse ranch to doing dangerous stuff on the side of an ice wall with professionals, it’s all about sharing the best we’ve got right here at home,” said Love proudly.

There was danger. “I had a really great view of it all through my monitor. And one time, (Love) was on this ice wall and he’s swinging wildly, just wildly, with this pickaxe, trying to get it into the ice. And I said to myself, ‘if he hits that rope, there’s going to be a problem,’” Kent shared with a relieved chuckle.

These two spontaneous spirits went above and beyond to show the best this province has to offer.

“There’s an unbelievable episode from the west coast where we went to the highest point in Newfoundland. The guys were telling us about how you got to be careful because the weather can move in out there. It was a beautiful, sunny day when we started. And I kept saying, ‘what can we do to ratchet up the danger to tell more about this danger and how the weather can come in’ and then suddenly it went from this perfectly beautiful blue sky to something else, and suddenly, we thought we’d have to stay the night,” said Love.

“This guy walks over and points and you see this cloud in the distance. And within four minutes we were in the middle of a blizzard and lost. We had to circle the skidoos in this huddle. We kept filming. At first, this is great. Then 45 minutes later, I don’t know if we’re getting out of here tonight. I’m looking around going, ‘that guy over there doesn’t look like he’s dressed to stay here overnight. And what about that guy? He doesn’t even have a hat. I had my survival suit on, so I’m good, but no one else would have made it. It truly is dangerous. Luckily, we were with experts who had their bearings,” said Brown.

“The Stirling family have been supportive of us since the early days of George Street TV. To have the time slot we do and to have the support we’ve had from The Herald and from NTV means so much. It’s a partnership that we are so proud of,” said Love.

“The dynamic of producing great television means nothing if it isn’t seen. The Stirlings – from Geoff to Scott and everyone over there putting in the work behind the scenes to make sure this gets aired and out there for viewers –  we are so grateful for all you have done and continue to do.”

Having the ability to continue to do what they love is the best reward.

“Television is a lot of fun. And certainly, when you go to work those days, you don’t necessarily feel like you’re doing a regular job, but there’s no doubt that it’s hard work, and we put in a lot of hours. And I have to overcome many fears to show what we are showing. I’m fearful for real, but I keep trying my best,” said Love.

Anyone who’s ever worked in television on a crew or as an actor or director, producer or as an editor knows the challenges involved, added Brown. “If you are somebody who works in the food department or scouting locations, everyone works incredibly hard hours, long hours. But when you do it all yourself, like (Love) and I do, it’s even more work. If (Love) didn’t hustle, if he didn’t put the hard work in, then there’s no show. We work hard. And we are proud,” said Brown.

Love fills with excitement. He is already planning season three.

“We want to take the show around beyond Newfoundland. We want to keep showing the best we have here at home, but add in elements from elsewhere too. We have dreams for this show. We have big plans. And making the show is one of the best unknown adventures we’ve ever been on and it’s incredible.”

One thought on “Uncovering Adventures Unknown”