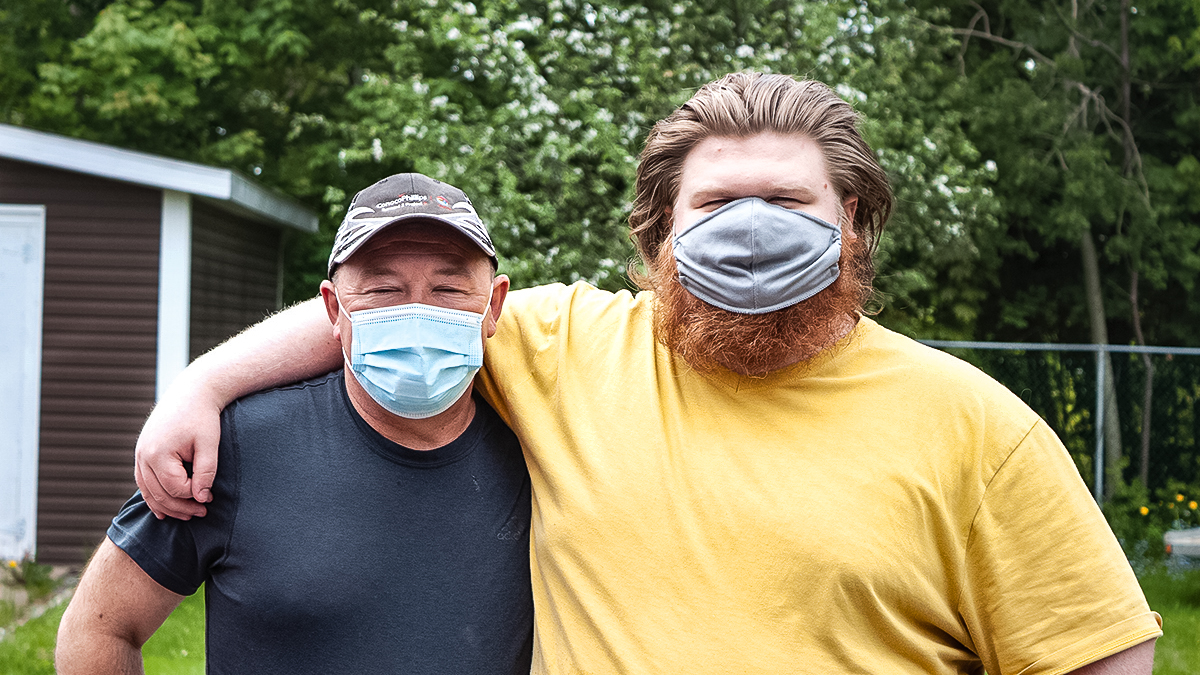 My father is a Millwright by trade which means he can pretty much do whatever trade is needed in order to fill a gap at a company. Whether it’s carpentry, machining, metalworking – it doesn’t matter. He knows how to do it all and it seems like he always has.

We moved from Ontario to Newfoundland when I was four. Dad worked at a few places around Corner Brook – going away in the morning, and back in the evenings. We saw him every day and usually, he had weekends off to spend with us.

I still fondly remember him wiping the “sleepy men” out of our eyes with a warm rag as he washed our faces each morning.

But then, when I was 10, Dad took a rotational job.

I still remember that first time he was gone. I was cleaning with my mother in the dining room, and I said something that still haunts me to this day.

Let me be very clear – I love my dad. He’s amazing, skilled, caring and would do anything for our family. He’s an inspiration, and I hope that one day I can be as proficient at journalism as he is at trade work.

His work ethic is genuinely unparalleled. Yet, 10-year-old me said that for some reason. I’ve always loved Dad, even when I said that – so why did I say it?

Probably because of the separation. Dad was gone for a whole month when he started working away. Four weeks on, two weeks off was the schedule. He would be gone for a month and get 14 days off in a row.

That’s all well and good when you do the math – normally people who work a 9-5 job only get two days off out of a week and Dad was getting a whole six extra days off each shift, but it was agony for me. He was gone so long each time that it felt like abandonment to my young mind.

I’ve never told him what I said to this day, and I still think about it 14 years later when I’m lying in bed. Dad took a job in Corner Brook again within the year, but rotational work would come calling back a few years later. I was slightly older then, so I understood how it worked a little better.

No longer would I feel like Dad was abandoning us, but it was still hard to adjust to.

Starting off with shifts he referred to as “two on, one off” or “three on, 10 off,” he would always be gone more than he would be home. Again – it made sense if you considered it strictly in a sense of “days off,” but we never saw him in the evenings so it wasn’t so cut-and-dry. Over the years, as he established his portfolio, his skillset and name would become recognized by oil companies in Alberta.

He was offered higher-paying jobs with better turnarounds and more attractive benefits. Eventually, he would settle on what he’s been working now for years – two weeks on, two weeks off.

Over those years, I’ve come to grips with having a father who’s a rotational worker.

It means we can do things like have trips or travel without him having to take vacation time. It means we can be a family, uninterrupted, for two whole weeks. When he’s gone, we just wait a bit and we can do it all over again.

So, yeah, it sucked as a kid. But the older I get the more thankful I am that he has the opportunity to do what he’s doing and that he’s able to be such an amazing Dad from so far away.

And I’m happy to say that I no longer wish that he would “stay gone forever.”