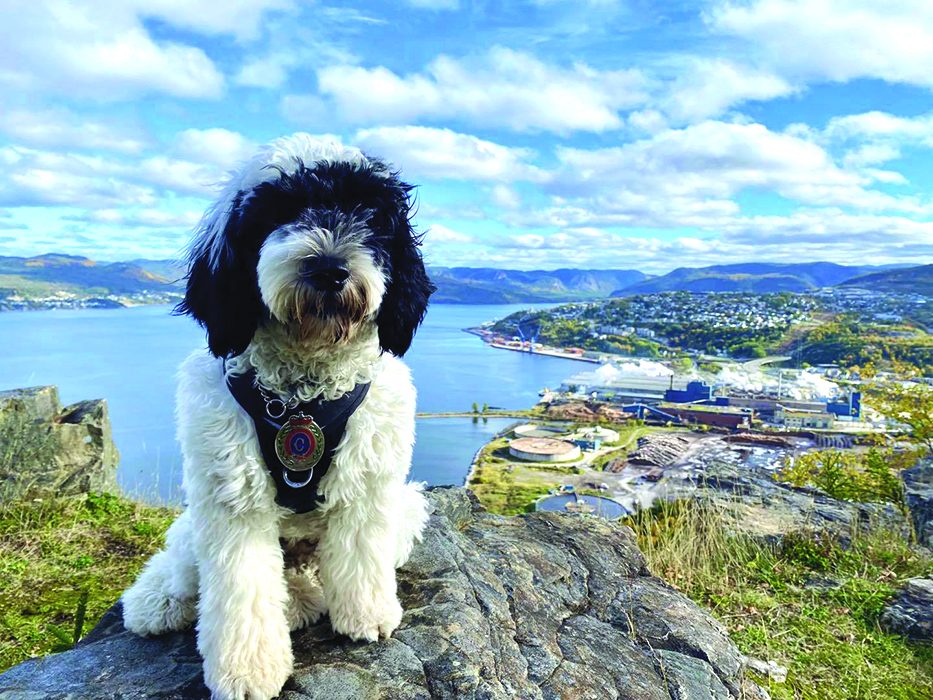 Life has delightfully gone to the dogs around RNC Constable Krista Fagan’s home these days. Since Stella, a Portuguese Water Dog from Ontario, joined the RNC as a Support Dog, Fagan has had her paws full of licks, love, and a whole lot of laughter

When The Herald first spoke with Fagan, she had to be on the lookout – not for any mastermind criminal on the loose, but for the attentive Stella who was determined to steal a piece of bacon if given the opportunity.

While Stella provides a light and fluffy touch for victims of crime, and is a fuzzy, friendly face the public has grown to love and adore, it’s Fagan herself who perhaps gains the most benefit from hanging around this pooch-on-patrol.

Fagan, who has responded to some hard-core calls in her time with the Royal Newfoundland Constabulary, admits she has scars to show for it, though they aren’t the kind of scars you can see.

The veteran Constable suffers from post-traumatic stress and Stella has helped deal with what she calls “roller-coaster days.”
It’s easy to see how Stella would help. She’s comedic. Intelligent. And best of all? Loving and oh so social!

“Stella has been wonderful for my mental health. She’s been wonderful for my day-to-day living – not only for the community that’s now also in love with her, but with my post-traumatic stress injury. She brings a lot of comfort to me day-to-day. I love going to work, doing community visits, but then we come home in the evening and she’s a normal family pet,” explained Fagan.

There’s lots of playtime, and Stella is learning to swim. And through it all, Fagan shares Stella’s adorable comings and goings on social media (RNC Support Dog Stella on Facebook/@RNC_Stella on Twitter.)